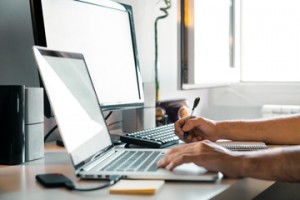 Broadband internet in its maximum coverage is to be constructed in rural areas, after the government allocated EUR 42 million for the purpose at its meeting. The amount provided is a part of a total of EUR 70 million, transferred between various measures under the Rural Development Program (2014-2020). The Council of Ministers approved the tenth amendment to the Program, which ensures balanced and effective allocation of financial resources, in accordance with the strategic goals and priorities set at national and European level.

The amendment of the Program extends the scope of support under Measure 12 "Payments under Natura 2000" and the Water Framework Directive in connection with the inclusion of new protected areas under the Wild Birds Directive and the Directive on the Conservation of Natural Habitats and the wild flora and fauna. "The amendment is important because from March 1 we will be able to provide compensatory payments under Measure 12 to farmers who fall within the scope of the newly issued orders," said Minister of Agriculture, Food and Forestry Desislava Taneva.

Minister Taneva also pointed out that additional funding will be provided for all candidates who applied for during the last application cycle under Measure 7.6 for local religious units, including churches and monasteries.

NEWS FROM BCCI
BCCI recognized as a nationally representative employers’ organization for a new 4-year term
BCCI submitted documents for representativeness, which indisputably prove its position as an esteemed employers’ organization Още
Amendments to the Rules of the Arbitration Court at the BCCI
Effective as of 1 January 2021 Още
BCCI and the Italian Trade and Investment Agency are strengthening their cooperation
Active exchange of information about the economic environment and the opportunities for development of the Bulgarian – Italian trade relations Още
Dutch companies got acquainted with the advantages of Bulgaria as a business destination
Examples of successful investments from the Netherlands in our country Още
ANNOUNCEMENTS
Еntries now open for the prestigious Responsible Business Awards 2020
Enter your successful CSR campaigns by 15 February 2021 Още
BULGARIAN ECONOMY
Bulgarian economy in a pandemic - construction and industry are shrinking, online trade is boosting
On an annual basis, trade in food, beverages and tobacco products decreased the most Още
Bulgaria’s exports dropped 7.8% in January – November 2020 y/y
Preliminary data of the National Statistical Institute Още
Broadband internet access to be provided in rural areas with RDP funds
Balanced and effective allocation of financial resources Още
FINANCE
Bulgaria’s Minister of Finance: Our country will join Eurozone in 2024
A National Plan for the introduction of the euro in Bulgaria is under preparation Още
SCIENCE NEWS
The Bulgarian Academy of Sciences with the largest number of publications in the Scopus database
Още