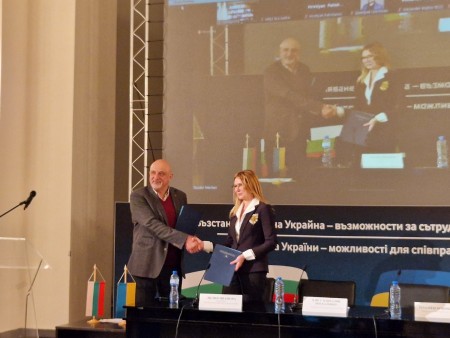 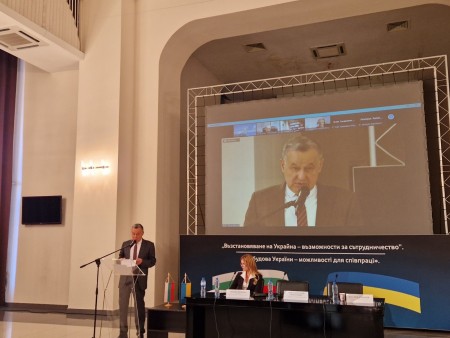 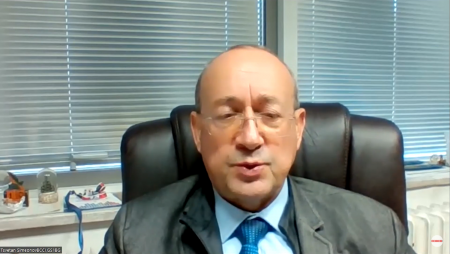 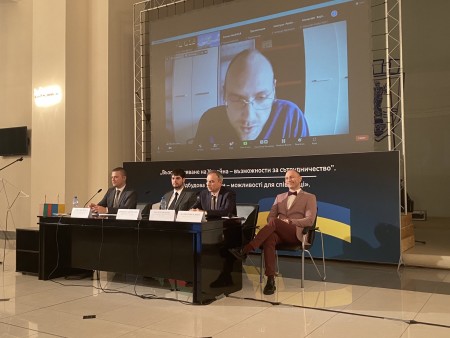 Ruse hosted a business forum "Recovery of Ukraine - opportunities for cooperation", organized by the Bulgarian-Ukrainian Industrial Chamber at BCCI in cooperation with the Honorary Consulate of Ukraine in Ruse. The event was held in a hybrid format with the participation of Bulgarian and Ukrainian businessmen.

At the opening of the forum, Liliya Ivanova, Chairwoman of the Bulgarian-Ukrainian Industrial Chamber (BUIC), emphasized the need for an adequate reaction from Bulgaria in relation to the economic challenges that have arisen and the future recovery of Ukraine. Ivanova noted that BUIC is making efforts to activate the economic cooperation between Bulgarian and Ukrainian businesses, with bilateral trade increasing by nearly 80% in the first half of 2022 compared to the same period of 2021.

The Ambassador of Ukraine to Bulgaria H.E. Mr. Vitalii Moskalenko welcomed the participants in the forum and said that he expects the cooperation between the two countries to be in all economic spheres - both in light and heavy industry. Construction, transport, energy, chemical and metallurgical industry, agriculture and medicine are among the priority sectors in which the two countries will cooperate. The Ambassador of Ukraine emphasized that the traditions between Bulgarian and Ukrainian business have deep roots.

Tsvetan Simeonov, President of the Bulgarian Chamber of Commerce and Industry, stated that the Chamber makes efforts and supports the activities of BUIC related to the future expansion of economic cooperation with Ukraine in favour of its faster recovery after the military conflict. Simeonov emphasized the importance of maintaining logistical connections between the countries. He expressed BCCI’s readiness to assist Bulgarian and Ukrainian businesses.

The Honorary Consul of Ukraine in Ruse Plamen Bobokov, the Mayor of Ruse Municipality Pencho Milkov, the Regional Governor of Ruse Anatoli Stanev, the Chairman of the Ukrainian Chamber of Commerce and Industry Gennadiy Chyzhykov, the Chairman of the Bulgarian-Ukrainian Chamber of Commerce and Industry Ivan Plachkov, the Minister-Counsellor at the Embassy of Romania in Sofia Radu Moldovan also congratulated the participants in the forum.

During two consecutive panels, the possibilities for the recovery of Ukraine and the participation of Bulgarian business in the context of the European Union's recovery plan were presented and discussed.

A Memorandum of Understanding was signed between the Bulgarian-Ukrainian Industrial Chamber and the Ukrainian-Bulgarian Chamber of Commerce and Industry. The official part was followed by bilateral talks and meetings of interests between the business representatives.

As a follow-up to the forum, BUIC will issue an address to the institutions regarding the need to ease land traffic at the Ruse border crossing point and regarding the export insurance of commercial transactions between Bulgarian and Ukrainian companies.