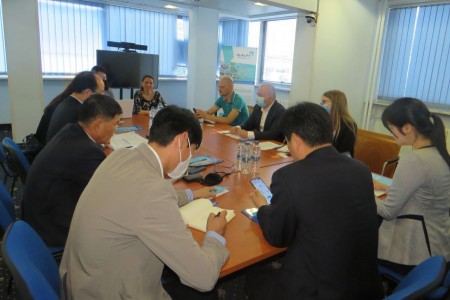 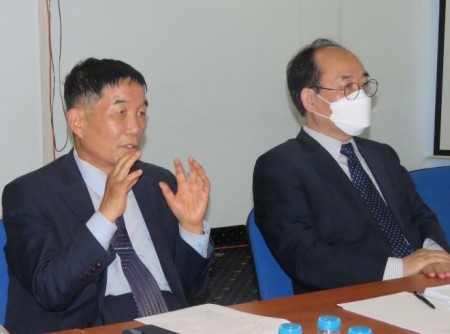 At the Bulgarian Chamber of Commerce and Industry, a meeting was held between BCCI’s Secretary General Vasil Todorov and a Korean delegation led by Dr. Lee, Tai Hee, Director of Korea Development Institute (KDI).

During the meeting, the guests from Korea presented their experience in the development of digital industrial parks, directions for facilitating the digital opportunities of people working in these parks and creating a well-functioning ecosystem in them.

The Secretary General of the Chamber acquainted the Korean guests with the processes and planned policies for digitalization of SMEs in Bulgaria, emphasizing the fact that Bulgaria is in the top 10 countries with the fastest Internet, which in turn helps to achieve the set goals.

Information was presented on the priorities in the state policy in promoting digitalization among Bulgarian entrepreneurs with the use of cloud services, blockchain technologies and artificial intelligence, which are supported by funding through various European programs and funds.

In response to the interest of the Korean delegation, the Chamber provided up-to-date information on the tax system in Bulgaria, as well as information on various types of programs in support of start-ups in the country.