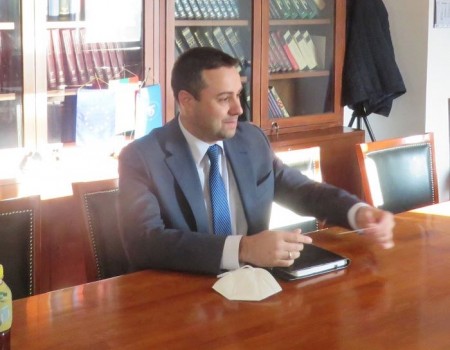 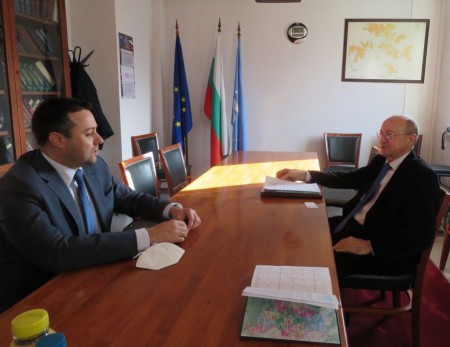 The newly appointed Head of Bulgaria’s Commercial and Economic Section in Hanoi, Vietnam Tsvetan Aleksov visited BCCI and talked with President Tsvetan Simeonov. Various aspects of the bilateral trade and economic relations were discussed and the priorities in the future cooperation between Bulgaria and Vietnam were outlined. The two countries have a traditionally good cooperation, and the FTA signed between the EU and Vietnam in 2020 gives new opportunities for its development.

Tsvetan Simeonov presented the services and capacity of the Chamber to expand cooperation between businesses from Bulgaria and Vietnam. He focused on the various foreign trade documents that BCCI issued and certifies, the consultations it provides to businesses, the economic analyses it conducts, as well as the organization of presentations of foreign companies, bilateral meetings with potential Bulgarian partners and trade fairs.

In October last year, BCCI hosted a working meeting in hybrid format with the Vice President of the Socialist Republic of Vietnam Ms. Võ Thị Ánh Xuân  and Vietnamese companies. As a result of the meeting, a Memorandum of Cooperation was signed between a Bulgarian and a Vietnamese company in the field of medical equipment and pharmacy.

In December 2021, BCCI took part in an online session on “Potential sectors of cooperation between Bulgaria and Vietnam”. The aim was to present up-to-date information on the Bulgarian market, as well as on some of the potential sectors of cooperation between the two countries: agriculture, food and light industry. More than 80 representatives of Vietnamese companies and institutions took part in the event.

When the pandemic situation normalizes, Bulgaria will host the next Joint Commission for Economic Cooperation between the two countries.