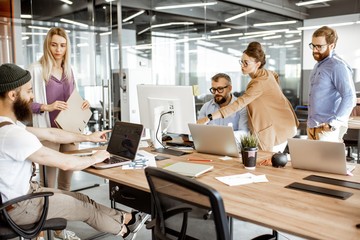 The registered unemployment in the country remains at a record low level in December 2021 - 4.8% according to the data from the administrative statistics of the Employment Agency for the month. The decline on an annual basis is by 1.9 percentage points.

The registered unemployed in the last month of 2021 were 157 283, which is 964 less than in November 2021, and 63 009 or 28.6% less than a year earlier. In December 2021, 21 505 new unemployed people registered with the labor offices, which is 3145 people less than in the previous month, and compared to December 2020 there was a decrease of 11 102 people. Another 400 people from the groups of jobseekers, students and retirees also registered with the Employment Agency during the month.

In December 2021, 14 167 unemployed people started working. The data from the administrative statistics of the Employment Agency report an increase in their number by 1036 compared to November 2021 and by 1914 compared to the same month of the previous year. Another 125 people from the groups of pensioners, students and employees have found their new jobs through the employment offices.

The distribution of the unemployed who started work by sectors of the economy is as follows: 59.6% of those who started working in December are employed in the real economy, most of them employed in the general government sector - 17.9%, followed by manufacturing - 17.0%, trade - 16.0%, hotels and restaurants - 8.0%, construction - 4.2%, administrative and support service activities - 4.0% and others.

5717 unemployed persons from the risk groups were employed in subsidized jobs during the month - 2956 under employment programs and measures, and 2761 - under schemes of the Operational Program "Human Resources Development”. The “Employment for You” scheme under the OP, which started in July 2020 as an anti-crisis measure, has provided employment to over 43 000 unemployed people, and only in December employment contracts were concluded with 2201 unemployed people.

The declared jobs on the primary labor market in December were 7967 or 2142 less than the previous month and 395 more compared to the same month in 2020, which is typical for the autumn-winter season. The largest share of vacancies in the real economy is declared in the manufacturing industry (34.3%), followed by trade, repair of motor vehicles and motorcycles (13.5%), administrative and support service activities (8.9%), hotels and restaurants (7.6%) management (6.8%) and education (5.7%).

The most sought-after professions in business during the month are: machine operators of stationary machines and equipment; sellers; skilled workers in the production of food, clothing, wood products and related; workers in the mining and processing industry, construction and transport; security and protection personnel; personnel employed in the field of personal services; staff caring for people; metallurgists, machine builders and related craftsmen; economic and administrative specialists; waste collection and related workers, etc.

[1] The unemployment rate is defined as the share of the registered unemployed in the economically active population aged 15-64, established in the 2011 Census.