Conference reporting on the results of the training for experts of BCCI, the member-companies and the branch organizations in China 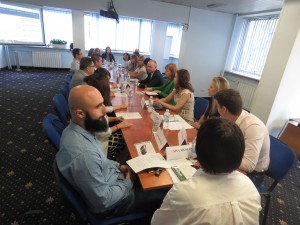 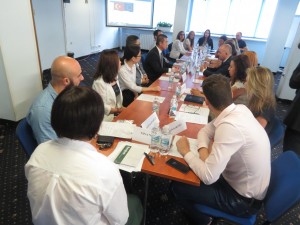 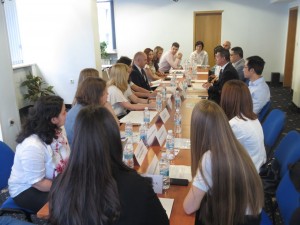 At BCCI, a conference to report on the results of the conducted seminar for managers and experts of the Chamber, the regional chambers of commerce and industry, the branch organizations and BCCI’s member-companies in China, was held. The event was organized in cooperation with the Embassy of the People’s Republic of China in Sofia and aimed at presenting the results of the visit as well as discussing future cooperation opportunities.

The conference was opened by the Secretary General of BCCI Vasil Todorov, who thanked the Embassy of the People’s Republic of China in Sofia for the provided opportunity to organize such a seminar. He said that these events are extremely useful as they provide information both on the culture and the economy of the country. According to him, the event gives an in-depth insight into the international initiatives “One Belt, One Road” and the “17+1” initiative for cooperation between China and the CEE countries.

Representatives of the different departments at BCCI shared their impressions of the two-week seminar, during which they visited the cities of Fuzhou, Quanzhou and Beijing and met with local chambers of commerce and Chinese businesses. Emphasis was placed on the lectures on China’s history and economy, the Chinese outbound investment policy, the structure of the Chinese chambers of commerce and industry, and the structure of the Arbitration Court in China.

The Commercial Counsellor of the Chinese Embassy in Bulgaria Mr. Wang Xuequan and representatives of the team of the Embassy congratulated the participants in the seminar and said that initiatives like that contribute to the development of cooperation between the two countries.

During the conference upcoming exhibitions in China were also discussed, including the China International Import Expo which will take place in November in Shanghai.

BCCI will provide additional information about forthcoming initiatives with China.