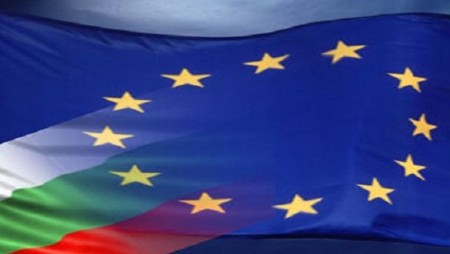 The European Commission’s spring forecast for the EU economy, released on 16 May, cut the estimate for Bulgaria’s economic growth this year to 2.1 per cent and lowered its projection for 2023 to 3.1 per cent.

This is a sharp drop from the winter forecast in February, when the EC estimated 3.7 per cent growth in 2022 and 3.9 per cent in 2023, but also noted that risks were “markedly aggravated by geopolitical tensions in Eastern Europe.”

“Russia’s invasion of Ukraine has posed new challenges, just as the Union had recovered from the economic impacts of the pandemic,” the Commission’s spring forecast said.

“By exerting further upward pressures on commodity prices, causing renewed supply disruptions and increasing uncertainty, the war is exacerbating pre-existing headwinds to growth, which were previously expected to subside. This has led the European Commission to revise the EU’s growth outlook downwards, and the forecast for inflation upwards,” the EC said.

Bulgaria’s direct exposure, in terms of exports of goods to Russia and Ukraine, was “relatively limited” at 1.3 per cent for each country in 2021, the Commission noted, but the “overall negative effect of the war on external demand is set to limit export dynamics.”

Gazprom’s decision to discontinue gas deliveries to Bulgaria was “expected to be compensated through alternative sources, leading to a one-off increase in gas prices,” the EC said.

Inflation was expected to rise sharply to 11.9 per cent this year before slowing down to five per cent in 2023, up from 6.3 per cent and 3.9 per cent, respectively, projected in the winter forecast.

The EC said that all consumer price index components would “exhibit high increases”, but estimated that energy price inflation would “gradually abate” in the second half of 2022 and “turn negative in 2023.”

The Commission’s forecast for the EU economy as a whole projected growth to slow down to 2.7 per cent (compared to the four per cent growth estimate in the winter forecast), followed by 2.3 per cent growth in 2023 (down from 2.8 per cent in the previous report.)

“There is no doubt that the EU economy is going through a challenging period due to Russia’s war against Ukraine, and we have downgraded our forecast accordingly. The overwhelming negative factor is the surge in energy prices, driving inflation to record highs and putting a strain on European businesses and households,” European Commission vice-president Valdis Dombrovskis said.

“While growth will continue this year and next, it will be much more subdued than previously expected. Uncertainty and risks to the outlook will remain high as long as Russia’s aggression continues,” he said.

Those risks were “heavily dependent on the evolution of the war, and especially on its impact on energy markets,” according to the spring forecast.