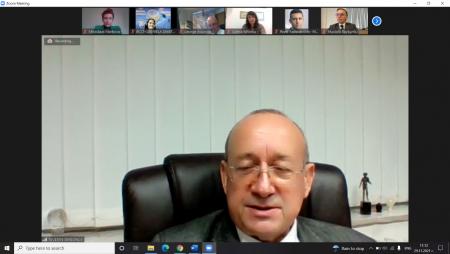 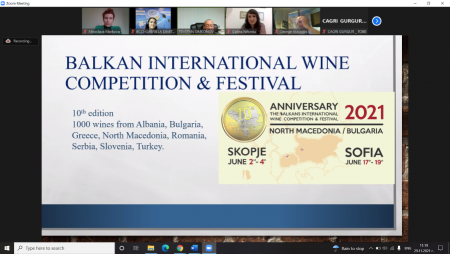 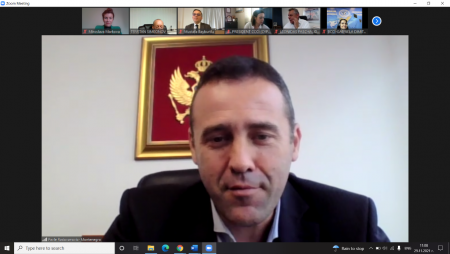 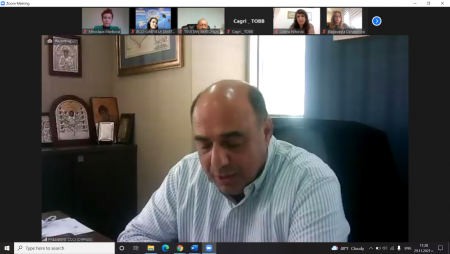 BCCI, as an organization holding the rotating presidency of the Association of Balkan Chambers of Commerce (ABC), hosted the Annual General Meeting of the Association. The event was held in a virtual environment, with representatives of the Chambers of Commerce and Industry from Bosnia and Herzegovina, Bulgaria, Cyprus, Greece, Montenegro, Northern Macedonia and Turkey.

The event was officially opened by Mr. Tsvetan Simeonov, President of BCCI, who reviewed the activities during the presidency of the Chamber. He noted that despite the ambitious program of BCCI to intensify regional cooperation, the covid pandemic has spoiled the realization of all set goals. During the ABC presidency, the Chamber had set out 3 main priorities: synergies in overcoming the crisis, cluster assistance and regional cooperation.

The President of BCCI also presented the Chamber’s idea for eventual organization of a training between the representatives of the Balkan Chambers – “ABC Chamber Academy”, in the field of the arbitration practice. Mr. Simeonov mentioned that when the covid pandemic reduces its negative impact, the contractual relations between the companies and the subsequent trade disputes will be put at a disadvantage- so it will be appropriate for the companies to include in the contracts a clause for arbitration proceedings, which is characterized by promptness, stability and economy.

Blagovesta Dzhabirova, „Economic Analyses and Researches“ analyst at BCCI, continued, according to the agenda, with the economic situation in Bulgaria and the business expectations for 2022. Velin Karchev, senior expert, presented the good practices of GS1 Bulgaria related to the current development of a Product Catalogue and its interconnection with the BCCI’s Trade Register.

The representatives of the Balkan Chambers discussed the current topics related to the service of the companies in the conditions of Covid-19, the provision of new services and the regional cooperation. The level of vaccination in the individual countries was discussed, as well as the measures taken by the countries to support the business.

The Cyprus Chamber of Commerce and Industry shared its opinion related to the need for free labor in the country. The Chamber in Montenegro emphasized the need to diversify the economy, as the country's leading economic sector, the tourism, has been seriously impacted by the crisis.

The representatives of Turkey and Bosnia and Herzegovina shared their experience in providing digital services and developing projects in this area. The Chamber of Commerce of Northern Macedonia informed about the councils established within the structures of their organizations which are active in the field of the new technologies, industrial production, skills and education, etc.

Mrs. Galina Niforu, President of the Bulgarian Winemaking & Export Association, presented the Balkan Wine Competition and Festival and reviewed what happened in the past editions. She informed that Athens will host the competition in 2022, with regard to the festival, it will take place in Sofia in June.

The rotating presidency of the Association of Balkan Chambers of Commerce was handed over to the Cyprus Chamber of Commerce and Industry. Christodoulos Angastiniotis, President of the Cyprus CCI, expressed his gratitude to BCCI, for the efforts made and the events carried out, despite the covid pandemic circumstances and announced that the Cyprus CCI will soon present the program and priorities of the ABC Presidency for 2022.