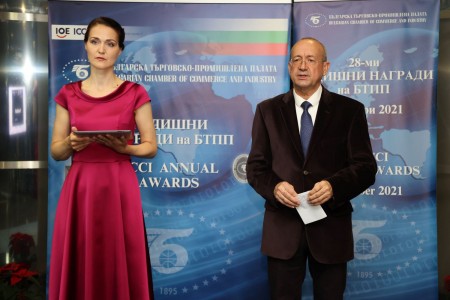 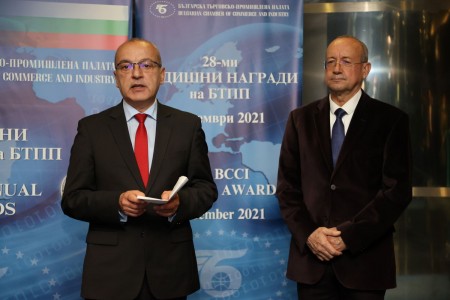 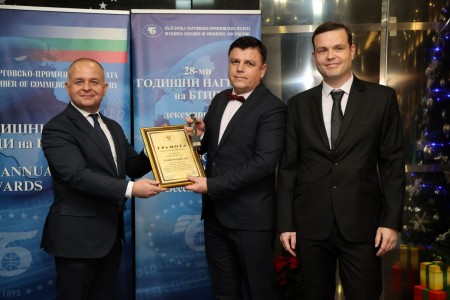 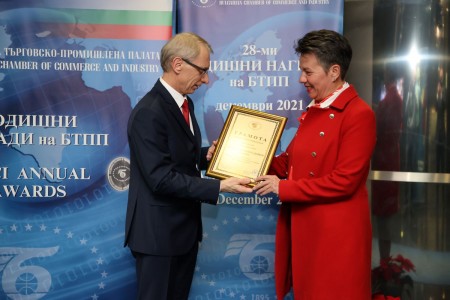 On 2nd December, the Bulgarian Chamber of Commerce and Industry presented its 28th Annual Awards. Traditionally, they are bestowed at an official ceremony in Sofia Hotel Balkan, but as last year, due to the complex epidemic situation, the award ceremony was held online and a video film about it was recorded.

It is precisely in this challenging and filled with difficulties year that it is important to draw attention to those who, together with the Chamber, made efforts for the better performance of Bulgarian companies, for the more successful economic development of our country, and for expanding Bulgaria’s participation in the international division of labour.

BCCI awarded the winning companies in the Chamber’s classification “TOP 100 Companies leading in the Bulgarian economy”, ranked on the basis of internationally recognized objective criteria. Traditionally, regional chambers of commerce and industry, branch organisations, foreign ambassadors and commercial counsellors accredited for Bulgaria were also included in the classification. A media and a journalist found their place in the ranking as well.

The President of BCCI Tsvetan Simeonov pointed out during the ceremony that despite the difficult year, there are companies that have managed to increase their profits in just one year. He reminded that the year ended with a series of elections and expressed hope that a government will be formed and the National Assembly will start working. “We rely that there will be a new wave of politicians, which is evident from the results of the last elections, and that what hampered the country’s governance in recent years, with many shortcomings in the administration and the overall activities, will not happen again and we will get a more modern and market economy oriented government,” Simeonov said.

On the occasion of the event, BCCI received congratulatory addresses from the President of the Republic of Bulgaria Rumen Radev, the Prime Minister Stefan Yanev, the Deputy Prime Minister Galab Donev, ministers, partner organizations, and the media.

Bononia Estate Winery is a partner of the event with compliments to the winners in the various categories.

Information about the winners of BCCI’s Annual Awards 2021 HERE