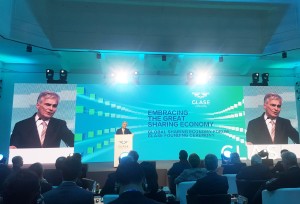 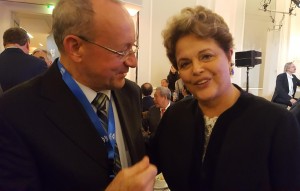 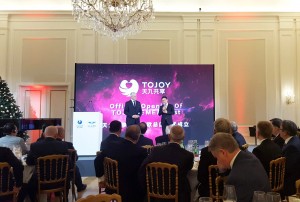 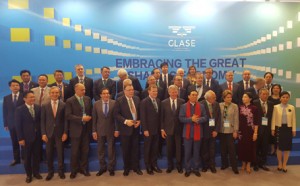 The President of the Bulgarian Chamber of Commerce and Industry (BCCI) Tsvetan Simeonov participated in a meeting of the Global Alliance of Sharing Economy, at the invitation of Petar Stoyanov, President of the Republic of Bulgaria (1997 – 2002) and Honorary Member of BCCI.

The meeting was held in Vienna, with the participation of more than 30 former heads of state and government from all over the world. GLASE is a non-governmental and non-profit international economic organization with global mission of fostering a sharing economy without borders.

The organization has been in preparation since 2017 and its founding was officially announced in Vienna on 29 November at an international conference on “Engaging the Sharing Economy”.

The objective of GLASE is to create a superior business platform to be jointly built and shared by global enterprises for mutual benefit and win-win cooperation. The platform engages in optimal allocation of resources, capital, projects, elite human resources and spaces for enterprises around the world.

During the event, the President of BCCI Tsvetan Simeonov held individual meetings with Dilma Rousseff, former President of Brazil, Petar Stoyanov, President of the Republic of Bulgaria (1997 – 2002), and Nikolaus Schultze, Director of Global Policy at the International Chamber of Commerce (ICC - Paris).