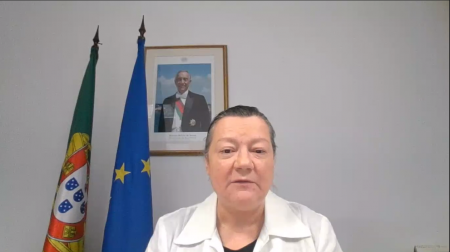 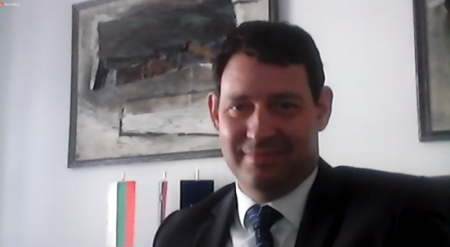 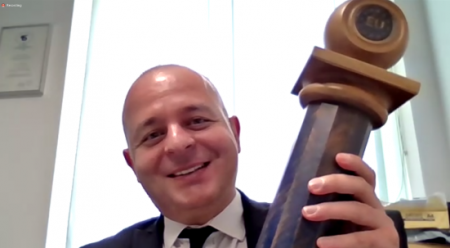 The traditional meeting of the EU club, organized by the Enterprise Europe Network at BCCI, was held at the premises of the Bulgarian Chamber of Commerce and Industry. The event was dedicated to the end of the Portuguese Presidency of the Council of the European Union and its assumption by the Republic of Slovenia. The moderator of the event was Prof. Ingrid Shikova, President of the EU club at BCCI. The meeting was attended by representatives of diplomatic missions, the business community, NGOs, journalists and others.

The meeting of the EU club was officially opened by the BCCI’s Secretary General Vasil Todorov, who stressed the significant efforts and results of the current Presidency of Portugal in the socio-economic recovery of Europe, following the Covid pandemic.

In his presentation, Birgit Weidel, a representative of the European Commission's Directorate-General “Growth” (DG GROW), presented the impacts of the pandemic on the European economy, as well as the use of various levers such as digitalization, coherent programs and a common European strategy to accelerate the exit from the economic crisis. The flexibility of the small and medium-sized enterprises in the implementation of measures to address the challenges of the crisis was also emphasized: partial restructuring of the production, search for new partners and markets, innovative solutions, etc.

The Ambassador of Portugal in Sofia H.E. Ana Maria Ribeiro da Silva presented in a video message the achievements of Portugal during its Presidency. The main focus was on the goals set out in the Declaration on the Social Dimension of the European Economy signed by the European leaders - job creation, poverty reduction, preservation of measures to support the Covid pandemic and promotion of the social dialogue.

The Ambassador of Slovenia to Sofia H.E. Anzej Franges outlined in his speech the main priorities and directions of the Slovenian Presidency for the next six months of the present year.

Ambassador Franges shared with the participants of the meeting details of the Programme for further health and socio-economic recovery of the EU with a focus on the green and circular economy, digital transformation, etc., based on the good cooperation of the three main institutions: the European Parliament, the European Commission and the Council of the European Union. The topic of the neighborhood policy within the EU and the future enlargement of the Union through the inclusion of the Western Balkans was reviewed, taking into account the active cooperation of Bulgaria.

In his presentation, Georgi Stoev, Chairman of the Eurochambres Trade and Investment Committee and a member of the BCCI Board, drew the participants' attention to the current socio-economic issues that United Europe faces and the necessary opportunities to solve them within the European programmes such as Horizon Europe with a funding of 95.5 billion euros.

For more information about the EU club, please follow the link: https://www.bcci.bg/euclub/index

NEWS FROM BCCI
Traditional meeting of the EU club at BCCI on the occasion of the Slovenian Presidency of the Council of the EU
The Ambassador of Slovenia in Sofia outlined the main priorities and directions of the Presidency Още
The partnership with the Polish Investment and Trade Agency continues
Discussion of the possibilities for deepening the contacts between Bulgarian and Polish companies Още
The BCCI honoured the Ambassador of the Kingdom of Saudi Arabia in Sofia
The ambassador was awarded an honorary diploma on the occasion of his departure from our country Още
Groningen university's business and economics students report on the "economic uprising of Bulgaria"
Още
The Bulgarian Chamber of Commerce and Industry and the Open Sofia Foundation are launching an active partnership
Още
Training “How to find a job in Bulgaria”
21 July 2021, at BCCI Още
BULGARIAN ECONOMY
German company will base e-Cars production in Bulgaria
The company is expected to invest over BGN 280m and install capacity enough for the production of more than 30,000 electric cars annually Още
The National Employment Agency: Unemployment at record low in June
The level of registered unemployment in the country continued to decline Още
The monthly inflation in June 2021 was -0.2%
The annual average inflation in the last 12 months was 1.0% Още
NSI: Bulgaria’s exports in January – May 2021 up 19% y/y
The total exports of goods increased by 32.3% compared to the same month of the previous year Още
ANALYSIS AND PROGNOSIS
The IME presented the English version of "Regional profiles: Indicators of development" 2020
Effects of the pandemic on the long-term perspective of the various regions Още