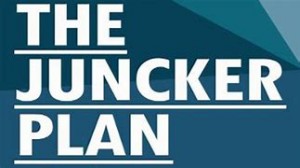 The construction of the new hospital is an integral part of the Burgas Municipality's Investment Programme for the period 2020-2023 and is also considered as an important component of the country's healthcare strategy by the Ministry of Health. The new hospital will address the healthcare needs of children and adolescents in the city of Burgas, one of the fastest growing cities in Bulgaria.

European Commissioner for the Economy, Paolo Gentiloni, said: “The European Investment Advisory Hub is a fundamental component of the Investment Plan for Europe. Financing a project is the main objective, and sometimes to help unlock that financing, project promoters need technical assistance to get their plans ready. With support provided by the Advisory Hub, soon the Municipality of Burgas will boast the first children's hospital in Bulgaria, which is something to celebrate.”

EIB Vice-President Lilyana Pavlova, who oversees EIB Advisory Services, said: “Advisory support from the EU bank will be key to unlocking investments in the healthcare sector in Bulgaria. This support also comes at a crucial time, in the aftermath of the COVID-19 crisis, and I am very glad we will be able to support one of Bulgaria's largest cities in delivering state-of-the-art healthcare infrastructure to its people.The EIAH support is a good example of how the EIB can bring together internal and local consultancy expertise to tackle a long-term challenge within a Member State and help bring forward an investable project.”

Mayor of Burgas Dimitar Nikolov, stated: “A major goal of the administration of the City of Burgas is to constantly improve the quality of life of our citizens. The current partnership between the Municipality of Burgas and the EIB is yet another opportunity for us to do so, as it will allow us to invest in a sector of great importance for our city – child healthcare. Building a new hospital that specialises in providing medical care to children is not only important for Burgas, but for the south-eastern region of Bulgaria as a whole. It will enable medical professionals to provide efficient treatment to child patients with serious medical conditions and will eliminate the unnecessary risks involved in transporting them to major hospitals in Sofia. Moreover, the newly established medical institutions will be closely linked with the Medical Faculty of our University, which is another significant step forward in the accomplishment of our long-standing goal to make Burgas a centre of outstanding medical education. With its support, the EIB has once again proven to be a powerful ally, determined to endorse the progress of our society. We are now safe in the knowledge that the future of our community is bright, as we are ‘standing on the shoulders of giants'!”

The advisory support from the EIB and international consultancy experts will provide the municipality with a comprehensive feasibility study that will include functional planning and preliminary designs for the hospital, in line with best international practices and standards. The advisory support will also be key to unlocking access to finance for this ambitious project, including potentially from the European Structural and Investment Funds and the EIB (under the European Fund for Strategic Investments).

The new facility will be of particular importance for the region due to its concentration of established healthcare facilities and educational programmes. The project, due to be completed by 2024, will also support economic growth and facilitate specialist employment, attracting more investment to a key sector of the Bulgarian economy.