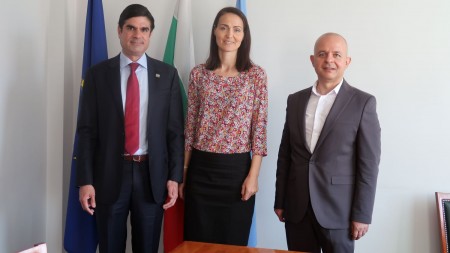 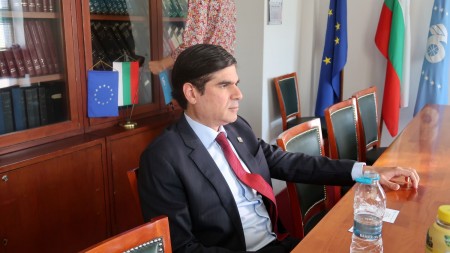 The main topic discussed during a meeting between the Secretary General of the Bulgarian Chamber of Commerce and Industry Vasil Todorov and Juan Pablo Carrasco, Honorary Consul of Bulgaria in Guatemala and President of AmCham Guatemala, was the development of bilateral economic relations.

Vasil Todorov introduced the guest to the activities of the Chamber, stressing that the cooperation between BCCI, the Embassy of Bulgaria in Mexico which is also accredited for Guatemala, and the Honorary Consulate of Guatemala in Bulgaria is very active. He also mentioned the upcoming visit of a Bulgarian business delegation to the Central American country in October. It is organized by the Honorary Consulate and the delegates will participate in several economic events in Guatemala City.

Juan Pablo Carrasco presented his main mission - to promote bilateral trade, whose volume is currently small. Guatemala can offer agricultural products, foodstuff, fruits and vegetables. Mining, extraction and processing of various ores and metals are well developed in the country.

The Secretary General of BCCI presented the challenges facing the Bulgarian economy at the moment. He also emphasized the economic sectors that are well developed in Bulgaria and have potential for exports to Central America - food industry, mechanical engineering, hoisting and hauling equipment, automotive industry, etc.

It was agreed to organize online events to raise awareness among companies from both countries about trade and investment cooperation opportunities as part of the EU-Central America Association Agreement focused on trade, which has been applied to Guatemala since 1 December 2013.