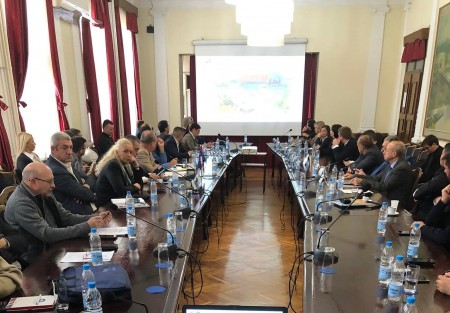 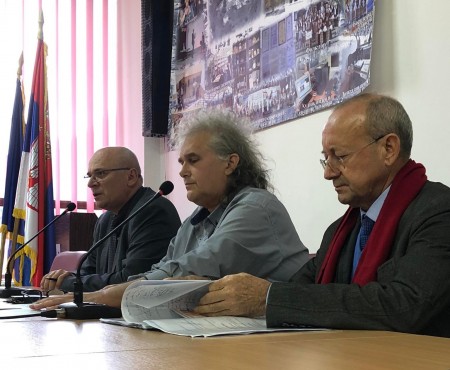 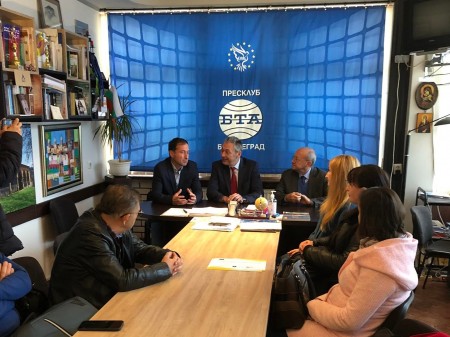 The Bulgarian Chamber of Commerce and Industry organized together with the Embassy of Bulgaria in Belgrade a visit of companies to East Serbia – Pirot, Nis and Bosilegrad.

The businessmen visited Pirot Free Zone in which there are some Bulgarian companies operating. They are active in storage of dried fruits and vegetables, solar panels, packing of bee honey, wood toys etc. The Bulgarian delegation met the Management of the Zone and was acquainted with its activities.

Business forums in Nis and in Bosilegrad took place. They were organized with the kind support of the Serbian Chamber of Commerce and Industry and the Regional Chambers in Nis and Leskovatz.

The bilateral meeting of Bulgarian and Serbian businessmen held in the building of the Regional chamber Nis was attended by representatives of the chamber systems of both countries and H.E. Petko Dojkov, Ambassador of the Republic of Bulgaria to Serbia. The main topic, which occupied numerous businessmen and officials present, concerned the analysis of the general economic situation, as well as the consideration of possibilities for further improvement of the current economic relations.

It was concluded that the economies of Serbia and Bulgaria are compatible. Present crisis situations should create additional opportunities. In the opinion of the director of Nis Chamber, Aleksandar Milićević, the limiting factor is border crossings, because the crossing of truck traffic, which is increasing every year, is problematic. Currently, all necessary agreements between Bulgaria and Serbia have been signed, which means that the flow of goods, capital and people is unhindered in both directions.

The President of the Bulgarian Chamber of Commerce and Industry Tsvetan Simeonov proposed specific cooperation for preliminary verification of business partners from both countries, assistance in solving commercial cases through arbitration, provision of useful information for companies from Bulgaria and Serbia. He also answered questions put by representatives of local media, expressing the opinion that there is an opportunity for investments in both directions. Promising sectors for the realization of investments are mechanical engineering and automobile engineering /parts for the automobile industry/. There are great opportunities for cooperation in agriculture and tourism.

The visit of the Bulgarian business delegation to Serbia continued with a business forum in Bosilegrad. The municipality of Bosilegrad has over 8,000 inhabitants, 98% of whom are Bulgarian. The event was opened by the President of the Chamber of Commerce and Industry of Leskovac - Goran Jovic. Vladimir Zahariev, Mayor of Bosilegrad Municipality also welcomed the participants, stressing that the time of the visit is very appropriate, as there is a need to deepen contacts between companies on both sides of the border.

Tsvetan Simeonov noted that BCCI is cooperating very closely with the diplomatic missions of both countries and the Chambers of Commerce. According to him, the following sectors are potential for bilateral business with Bosilegrad region: woodworking, energy /hydroelectric plants/, textile industry and food industry.

The visit ended with meetings with local companies, meeting at the Cultural Center in Bosilegrad and visit to the office of BTA in the city /Glass Press/.