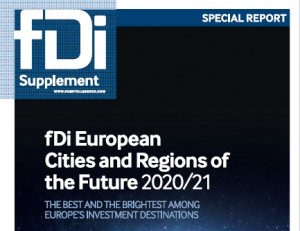 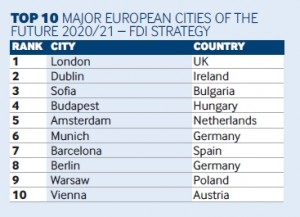 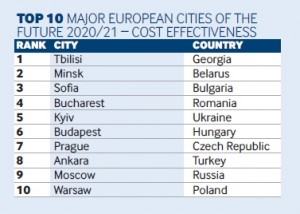 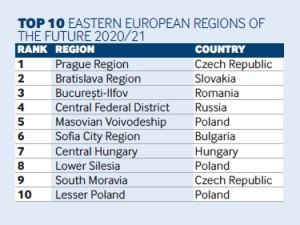 It’s now official: Sofia is in the top 3 in two categories and in the top 10 in three other categories in the European Cities and Regions of the Future 2020/2021 ranking by fDi Intelligence:

At a formal ceremony in Cannes in mid-March, Sofia will receive a certificate for the good positions in the ranking.

We believe that through our work on the business environment in the city and the image of Sofia before the world in the last three years, Sofia Municipality and the team of Sofia Investment Agency have contributed to the recognition of the capital once again! Sofia’s placement in the Top 3 along with London and Dublin for the strategy for attracting foreign investment is an extremely strong achievement for the city.

fDi Intelligence is a department of Financial Times, specializing in areas relating to investment and promotion of the investment climate globally. The ranking is conducted every two years on the basis of a macroeconomic analysis of nearly 500 cities and regions across Europe in a total of 5 categories – economic potential, working environment, cost efficiency, infrastructure and good conditions for business development. In the previous issue of the ranking, Sofia was in the top positions in four categories.

The full report European Cities and Regions of the Future 2020/2021 is available here.