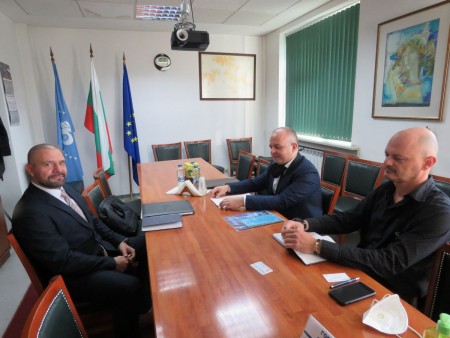 Georgi Nedyalkov, Bulgaria's newly appointed trade representative in Egypt, visited BCCI and spoke with the General Secretary Vasil Todorov. The meeting took place before his official departure for Cairo. The development of the bilateral trade and economic relations was discussed. Information was exchanged on successful partnerships and positions in the trade with a potential for growth.

The trade attaché informed about the interest of the Egyptian business communities to establish a business council with a mixed nature, acting on behalf of the two countries. BCCI consistently supports the establishment of bilateral business formations, which further facilitate the relations between companies from the respective countries and regions.

It was agreed that BCCI would continue to disseminate information from Egypt, related to upcoming tenders and projects, customs regime, offers for search and supply of goods, services and technologies.