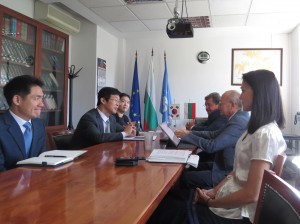 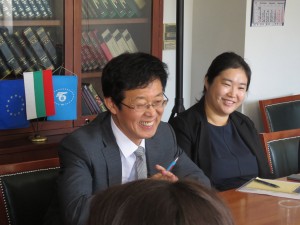 Ambassador Jung informed of an upcoming second meeting of the Bulgarian-Korean Economic Cooperation Committee which is about to be held on September 11 in Seoul. A Bulgarian delegation is expected to travel for the event led by a deputy minister of the economy.

Simeonov and Mihailov, together with the Korean diplomats, discussed the topics that will be affected in the context of the visit, including: economic, commercial and investment cooperation in the areas of energy, infrastructure, tourism, information technology, research, defense industry, medicine and pharmacy.

The real values of the commodity exchange between the two countries and the analysis of the commodity assortment in it show that the business is already working across a range of sectors, but the potential of the economic cooperation is far greater, in the context of the Free Trade Agreement between the EU and Korea.