Carriers will be able to test the TOL system 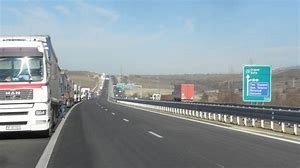 Carriers will be able to test the Road Infrastructure Agency's new road infrastructure charging system. For this purpose, four centers were opened in Sofia, Ruse, Varna and Plovdiv.

The system started testing in real time from August 16, but no fees were charged. Electronic vignettes will be valid as long as it is introduced and with certain mileage prices.

The TOL system operates on a trial basis of 6,000 kilometers or nearly 30% of the national road network. For the needs of the test, prices were introduced between BGN 0.12 and BGN 0.25  per kilometer.