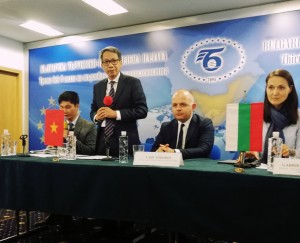 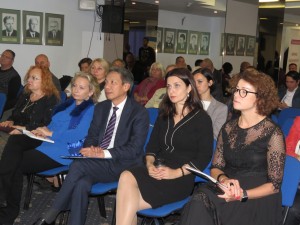 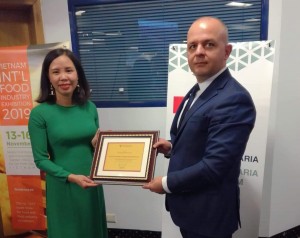 Thirty Bulgarian and twenty Vietnamese companies took part in a Bulgarian-Vietnamese Business Forum organized by the Bulgarian Chamber of Commerce and Industry and the Trade Promotion Agency of the Socialist Republic of Vietnam (VIETRADE), in cooperation with the Embassy of Vietnam in Sofia. Representatives of companies – manufacturers of traditional Vietnamese products, presented at BCCI their opportunities for import and cooperation with Bulgarian partners.

H.E. Doan Tuan Linh, Ambassador Extraordinary and Plenipotentiary of the Socialist Republic of Vietnam to Bulgaria, presented the country’s economic performance for the past nine months. The growth of the country’s GDP during this period is 6.98 %, one of the highest in the last few years. The Bulgarian Ambassador to Vietnam H.E. Marinela Petkova also took part in the forum.

The development of tourism between the two countries was also discussed, as well as the import of skilled labour force from Vietnam, for which there is a strong interest from Bulgarian companies. Vietnamese companies want to develop partnerships with Bulgarian enterprises.

During the forum, BCCI’s Secretary General Vasil Todorov and Ms Nguyen Thi Thu Thuy, representative of the Trade Promotion Agency of the Socialist Republic of Vietnam (VIETRADE) signed a Memorandum of Understanding. 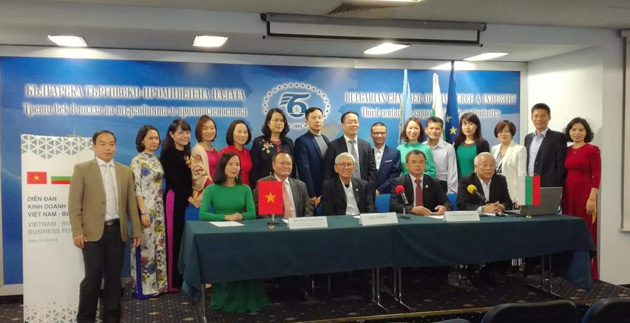