Bulgaria's exports to the EU are increasing 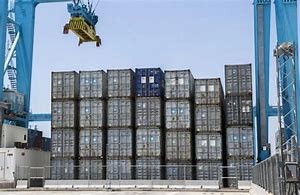 In the period January - July 2009, as compared to the same period of the previous year, the largest growth in the exports was recorded in the sector "Mineral fuels, oils and similar products" (46.4%). The largest drop was observed in the sector of animal and vegetable fats, oils and waxes (17.0%)

Imports of Bulgaria from the EU in the period January - July 2019 increased by 2.1% compared to the same period of the previous year and reached BGN 23 842.7 million. The largest is the volume of goods imported from Germany, Italy, Romania, Greece and Spain. In July 2019 Bulgaria's imports from the EU Member States increased by 4.9% compared to the same month of the previous year and amounted to BGN 3 740.7 million.

The highest percentage increase in the imports from the EU, broken down by the Standard Foreign Trade Classification, in the period January - July 2019, compared to the same period of 2018, was recorded in the “Non-alcoholic and alcoholic beverages and tobacco” sector (24.9%). The largest decrease was observed in the sector “Raw, inedible materials, (excl. Fuels)' (28.6%) .The external trade balance (FOB exports - CIF imports) with the EU for the period January - July 2019 is negative and is worth BGN 1 213.1 million.