Business mission from Indonesia and bilateral business forum in Sofia 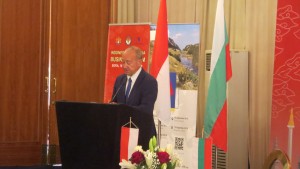 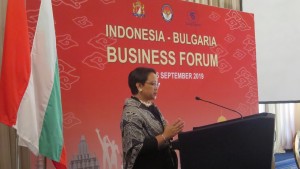 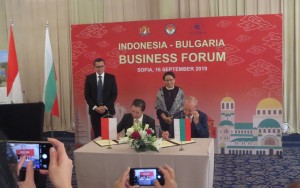 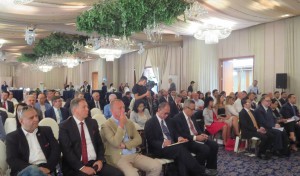 The President of BCCI Tsvetan Simeonov opened a Bulgaria – Indonesia Business Forum. The event was organized by the Bulgarian Chamber of Commerce and Industry, the Indonesian Chamber of Commerce and Industry – KADIN and the embassies of the two countries and coincided with the official visit of the Minister for Foreign Affairs of the Republic of Indonesia – Retno Marsudi to Bulgaria.

Tsvetan Simeonov welcomed the participants of the forum and said that the Indonesian Chamber of Commerce and Industry has a serious partner in the face of BCCI – in recent years BCCI has welcomed more than 10 delegations and has organized over 5 presentations of the investment climate and business opportunities of Indonesia. He outlined the advantages of Bulgaria, pointing out that the country is a source of stability in the region and has the lowest taxes, as well as good financial indicators. In addition to this, the country has good foreign exchange reserves. He presented the activities of BCCI and its main data bases developed to help the business. “The Chamber can provide assistance in every step of the way – from finding partners to drafting contracts or establishing a company in Bulgaria. Even in the resolution of commercial disputes”, Simeonov said referring to the digitalized Arbitration Court at the Chamber.

The Minister of Economy of the Republic of Bulgaria Emil Karanikolov pointed out that for the first 5 months of 2019 trade with Indonesia amounted to USD 137.3 million, an increase of nearly 300% in comparison to the same period in 2018.

Minister Karanikolov pointed out that the country has the potential to attract Indonesian investments and to provide favourable opportunities for activities in a number of sectors, such as information and telecommunication technologies, electronics and electrical engineering, machine-building, auto parts, high-tech industrial production and services, agriculture and food industry, transport and logistics infrastructure, and tourism.

The Minister for Foreign Affairs of the Republic of Indonesia Mrs. Retno Marsudi said that the visit has been planned for a long time and reflects Indonesia’s wish to improve its economic relations with Bulgaria. She emphasized the achieved 5% growth of the economy, which is also the largest in Southeast Asia. 40% of the GDP of the Association of Southeast Asian Nations (ASEAN) is formed by Indonesia.

During the business forum, the two chambers of commerce and industry signed a Memorandum of Understanding. The business climate and the business opportunities in both countries were presented.