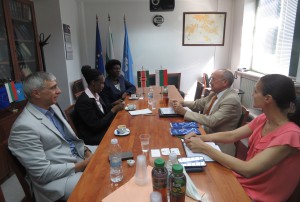 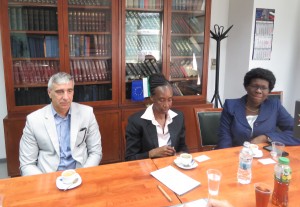 At BCCI a meeting with diplomats from the Kenyan Embassy in Berlin, accredited for Bulgaria, was held. The President of the Chamber Tsvetan Simeonov spoke with Matilda Lijembe, Minister and Lydiah Ojiambo, Minister-Counsellor. The Honorary Consul of Bulgaria to Kenya Ivaylo Dermendzhiev, who is a member of the Board of Directors of BCCI and of the Presidium of the Arbitration Court at the Chamber, also took part in the meeting.

Tsvetan Simeonov introduced his guests to the work of the Chamber and its relations with partner organizations from Kenya. Matilda Lijembe outlined key areas for the development of Kenya.

The diplomats informed about an upcoming high-level state visit from Bulgaria to several African countries, including Kenya.