New dynamics in our partnership with Uzbekistan 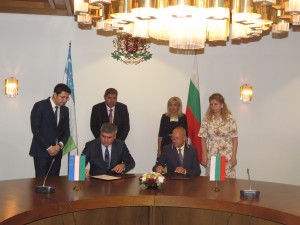 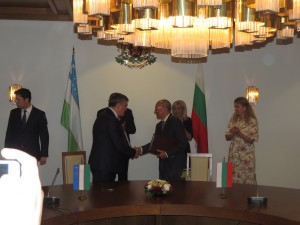 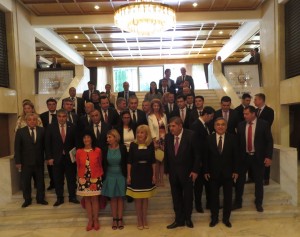 The Bulgarian Chamber of Commerce and Industry and the Chamber of Commerce and Industry of Uzbekistan signed a Memorandum of Understanding and establishment of a Joint Bulgarian – Uzbek Business Council. The document was signed within the framework of the Fifth Intergovernmental Bulgarian – Uzbek Commission on Economic and Scientific and Technical Cooperation, which took place in Sofia last week. The main task of the Council will be to promote the bilateral cooperation.

Tsvetan Simeonov, President of BCCI, negotiated with his partner Jahongir A. Mamajanov, Deputy Chairman of the Chamber of Commerce and Industry of Uzbekistan, to hold the first mutual event of the newly established joint council next year. The Bulgarian part of the Bulgarian – Uzbek Business Council was already established at BCCI in the end of 2017.

Eliminating barriers for Bulgarian investors in Uzbekistan, accelerating the process of labour imports from Uzbekistan and other topics were in the focus of discussion. Good practices in the work of BCCI were presented – the Arbitration Court, certification of foreign trade documents, organization of fairs and exhibitions, etc.

Tsvetan Simeonov had a working lunch with Elyor Ganiyev, Deputy Prime Minister of Uzbekistan, with the participation of representatives of the Bulgarian business, during which the implementation of projects in the field of pharmaceuticals, food industry, fur and leather industry, and the energy sector were negotiated. The lunch was a continuation of their first meeting in 2012, when BCCI hosted a bilateral business forum in Sofia. At that time, Elyor Ganiyev was the Minister of Foreign Economic Relations, Investment and Trade of Uzbekistan.

“The signed Memorandum will serve as additional support for our cooperation”, Tsvetan Simeonov said. “Now it is important that action is taken by this joint council.”

During the session of the Intergovernmental Commission in Sofia contracts were signed between Bulgarian and Uzbek companies for business activities, production, trade and supply in the sectors: agriculture, food industry, oil industry and pharmaceutical industry.