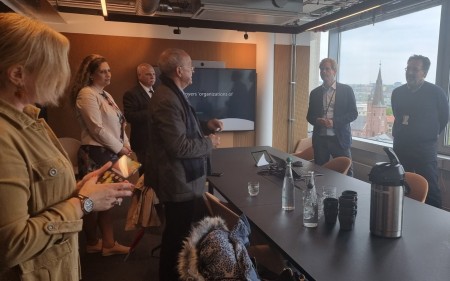 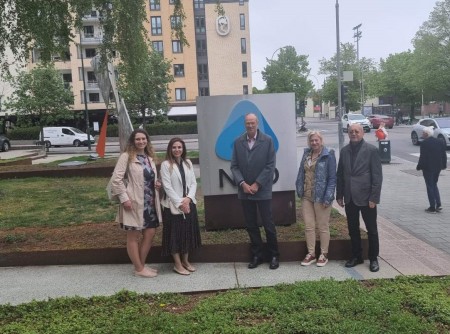 In the period 17-20 May, representatives of the Association of the Organizations of Bulgarian Employers (AOBE) visited Oslo, Norway as part of the project STRONG “Sustainable policy ThRough capacity StrenghteninNG”, funded by the Norwegian Financial Mechanism. The delegation was led by Tsvetan Simeonov, President of the Bulgarian Chamber of Commerce and Industry. The delegation was joined by H.E. Vera Shatilova, Ambassador Extraordinary and Plenipotentiary of the Republic of Bulgaria to the Kingdom of Norway.

The Bulgarian employers held meetings in the largest and most influential Norwegian employers’ organization – the Confederation of Norwegian Enterprise (NHO), established in 1900. Mr. Henrik Munthe, delegate of the NHO at the International Labor Conference in Geneva for more than 10 years, presented the main elements of the social dialogue in Norway, the labor market situation in relation to the Ukrainian refugees arriving in the country, methods and tools for collective bargaining. Leading experts in the field of social dialogue from NHO presented good practices in collective bargaining.

The delegation’s visit continued with meetings in the largest trade union in Norway – the Norwegian Confederation of Trade Unions (LO). The importance of good social dialogue as a prerequisite for reducing acute labor conflicts and ensuring social peace was emphasized.

The programme also included a visit to the innovation center Digital Norway, a non-governmental organization with public support from large companies operating in the field of ICT. Opportunities for future joint participation in various projects and initiatives were discussed.