Bulgarian project among the winners of the 2020 “Natura 2000” Awards 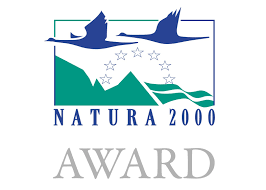 Given the unique circumstances in 2020, the six winners of the 2020 “Natura 2000” Awards were announced at an exclusive hybrid Ceremony, on 14 October 2020. The six winners include activities on “Natura 2000” sites in Finland, France, Belgium, Spain, Bulgaria and a trans-boundary project involving sites in the Czech Republic, Slovakia and Romania.

This year, the European Citizens’ Award was won by the project “Partnership for protection of Bulgarian old-growth forests in Natura 2000”.  The project helped to reconcile conflicting interests over the designation of forest-related “Natura 2000” sites.

The project partners - Executive Forest Agency (EFA), Ministry of Agriculture, Food and Forestry of Bulgaria, WWF Bulgaria, Association of Parks in Bulgaria, and Balkani Wildlife Society, carried out extensive surveys and GIS mapping to draw up an inventory of old growth forests in state-owned forests habitats. The final list of sites was agreed among interested stakeholders during a long process of exchanges and consultations. The process resulted in an additional 109 300 ha of old-growth forests being designated for protection and excluded from harvesting.

NEWS FROM BCCI
Meeting with the Ambassador of Serbia to Bulgaria
BCCI resumes the study of the willingness of Bulgarian companies to visit the Free Zone Pirot Още
BCCI’s Honorary Diploma for Confindustria Bulgaria
For contribution to the development of Bulgarian - Italian business relations Още
The Chargé d'Affaires a.i. of the Embassy of Libya in Sofia visited BCCI
Information event and visit of a Libyan delegation to Sofia - upcoming joint initiatives by the end of the year Още
Partnership meeting with the Malaysia External Trade Development Corporation
Joint initiatives in continuation of the 15-year-cooperation between the two organizations have been identified Още
Project ERIAS – examples of positive integration in the labour market
A story by Harun Azimi from Afghanistan Още
UPCOMING EVENTS
PropTech Bulgaria 2020 - The SEE Conference
The 1st international PropTech Conference in South-East Europe - 4-5 November 2020 Още
BULGARIAN ECONOMY
The monthly inflation in September was -0.6%
The annual average inflation in the last 12 months was 2.3% Още
Trade in goods of Bulgaria with EU and with third countries
The NSI data show a decrease in export and import volumes Още
FINANCE
Moody’s upgraded Bulgaria’s ratings to Baa1
Based on Bulgaria’s progress towards euro area accession and the associated strengthening of institutional capacity and policymaking Още
PROGRAMMES & PROJECTS
Bulgarian project among the winners of the 2020 “Natura 2000” Awards
The project helped to reconcile conflicting interests over the designation of forest-related Natura 2000 sites Още