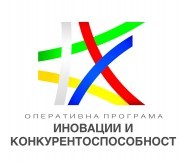 More than BGN 200 million of the anti-crisis package of the Ministry of Economy has been distributed to businesses and people as of September 4, the ministry announced. Nearly BGN 85 million were paid under Operational Programme Innovation and Competitiveness (OPIC) to micro - and small enterprises to overcome the economic consequences of COVID-19.

The total grants paid so far to the Bulgarian companies under the Procedure "Support to micro and small enterprises for overcoming the economic consequences of the COVID-19 pandemic" amount to BGN 84,825,339.31.

As of the end of August, all submitted project proposals under the procedure are already under evaluation. All necessary measures have been taken to speed up and complete the procedure this month.

An evaluation commission was formed under the procedure for "Support for medium-sized enterprises to overcome the economic consequences of the COVID-19 pandemic", after which the process of evaluation of the submitted 1,932 project proposals will start, at a total value of BGN 263,688,340.21.

Nearly BGN 100 million have been invested in the economy through the Bulgarian Development Bank AD under the anti-crisis measures as follows:

· The agreed limits to commercial banks are worth BGN 649 million.

More than BGN 20 million have been invested in the economy through the OPIC Funds Fund. The procedures are to be accelerated by holding talks with the partners.