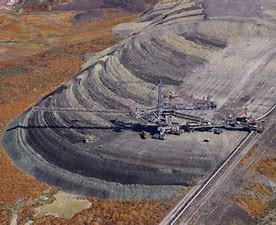 For the normal operation of Mini Maritza Iztok, the Bulgarian Energy Holding (BEH) will provide a long-term loan of BGN 50 million. An additional BGN 5 million will be provided for the employees related to the update of their remuneration from October 1.

This was announced at a briefing by Energy Minister Temenujka Petkova after the meeting of the Branch Council for Tripartite Cooperation, Mining and Geology. During the meeting, together with representatives of trade unions Podkrepa and CITUB, topics relevant to the Maritza-East complex were discussed.

Earlier, Prime Minister Boyko Borissov met with CITUB President Plamen Dimitrov and union representatives at the mines. The parties discussed issues regarding the future of the Maritza East complex, as well as the government's measures to address the socio-economic crisis caused by the COVID-19 pandemic.

"Bulgaria will continue to rely on coal-fired power plants until 2030 with a horizon of 2050," Petkova said, recalling that the complex produces 46% of the country's energy.