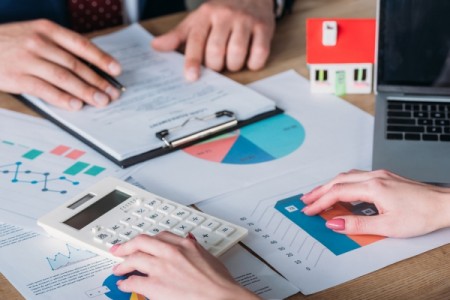 Only two months after its latest forecast for the Bulgarian economy, the European Bank for Reconstruction and Development published a new, even more pessimistic assessment. According to it, in 2022 the growth of Bulgaria will decrease to 2.5% of GDP, after in November 2021 expectations were almost twice as optimistic (+ 4.4%) and even in March - after the Russian attack on Ukraine - the bank expected 2.8% growth.

For Bulgaria, Russian gas has already been cut off, but if Moscow decides to stop supplying it ahead of sanctions for Europe as well, per capita production in the 40 countries where the EBRD operates will fall by 2.3% this year and 2% next year.

This means a few more quarters of catching up with the pre-pandemic development trend.

Russia has not stopped its war in Ukraine and therefore in just 8 weeks the bank has drastically adjusted its expectations for its impact on the Ukrainian economy - from a 20% contraction to a 30% contraction on an annual basis.

Specifically for Bulgaria, it is said that in addition to dependence on Russian imports (almost 10% of GDP in 2020), the effect of the war will be felt in prices, and Bulgarian consumers will be affected relatively more than our EU partners because of expensive energy and food and our incomes are low.

"Given the low level of public debt, the government has some fiscal space to adopt some short-term measures to counter inflation. The cabinet promises to increase public investment, although there may be limited capacity to absorb it in the short term," the report said. "Following the delay in the Recovery Plan, increased EU funding will have an impact on the economy from 2023 onwards."