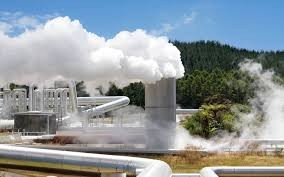 The American company specializing in nuclear energy, Westinghouse and the Bulgarian Energy Holding (BEH) have signed a Memorandum of Understanding, which envisages the construction of a 2 gigawatt geothermal energy storage facility in Bulgaria. This was reported by Energy Storage News.

With the arrival of this government, there is more and more talk of exploring the possibilities for the use of geothermal energy in households and production, and the National Recovery and Resilience Plan also envisages funding for such research and projects.

It adds that on May 5, the Pennsylvania-based company and BEH announced that they were accepting proposals to install two storage facilities with a total capacity of 2 gigawatts. The holding has not disclosed information about this.

According to the media outlet, Westinghouse has developed its own technology for such facilities, and in partnership with Ohio-based Echogen Power Systems is trying to meet the demand for long-term energy storage systems. The second company also deals with solutions related to the storage of electrothermal energy. The publication, citing a press release from the company itself, adds that the repository will help Bulgaria improve the resilience of its electricity grid and integrate more renewable energy into it.

Ivan Andreev, Executive Director of BEH, was quoted as saying that the reliability and affordability of energy systems based on various energy sources such as wind and solar may depend on the ability to store large amounts of cheap energy generated for long periods.

According to him, the large-scale implementation of such long-term energy storage systems with the benefits of this technology can significantly reduce the overall cost of future systems that generate clean energy from renewable sources.

The Westinghouse itself did not disclose details about its technology, but previous presentations have suggested that it uses concrete and oil, the paper said. It reminds that this is the second big move for energy storage from Bulgaria in a week by the American company.

It also signed a Memorandum of Understanding with energy company AES to develop a 100 MW solar photovoltaic system with a battery storage system and a stand-alone 80 MWh BESS near Sofia.