Teva will manufacture Sudocrem in Bulgaria 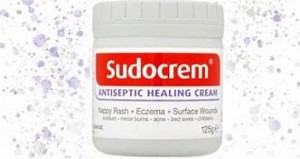 The Israeli pharmaceutical company Teva Pharmaceuticals has confirmed plans to close its Sudocrem production plant in Dublin with the loss of more than 100 jobs.

The company told staff at the facility in Baldoyle of its plan, which involves closing the plant by the end of 2022 and moving production to Bulgaria, in the town of Troyan.

Sudocrem has been produced in Baldoyle since the 1940s.

On 6 May, “We met with employees at our Baldoyle plant to inform them of the proposed closure of the site, as part of a wider programme to optimise our global manufacturing network. We know that this news is disappointing for many, but we’ll do everything we can to support all our affected employees throughout this process,” a spokesman for Teva said, cited by the Irish Times.

Sudocrem, which has been a household staple in Ireland for 90 years, is now available in more than 40 countries. An estimated 34.5 million pots are sold each year.

The balm was originally called Smith’s Cream, and later was changed to Soothing Cream, which came to be pronounced as “Sudocrem” by Dubliners.

NEWS FROM BCCI
“The Patriarch of Creation” movie about the industrialist Ivan Grozev enjoys great interest
BCCI was highly praised for the patriotic initiative Още
Virtual training for third countries nationals on the topic: Entrepreneurship and how to start a business in Bulgaria
21 May 2021 /Friday/ from 10:00 to 13:00 in Zoom Още
Presentation of opportunities for business cooperation with Poland
Current financial and investment products to support joint projects Още
BCCI provides legal consultations
In the field of company, commercial, administrative and labour law, out-of-court dispute resolution Още
INVEST IN BULGARIA
Schwarz IT Bulgaria to add 100 jobs in Sofia
The new jobs will be created as a result of a new expansion project Още
Teva will manufacture Sudocrem in Bulgaria
The pharmaceutical company is moving its production from Dublin to Troyan, Bulgaria Още
BULGARIAN ECONOMY
Bulgaria’s exports grow by 7.3 percent in January – March 2021
The goods imported into Bulgaria increased by 9.2 per cent Още
Bulgarian GDP growth expected to reach 2.7% in 2021
Bulgaria has presented to EU its Convergence Program for the period 2021-2023 Още
Consumer confidence index in Bulgaria up 2.7 pp since January
The expectations for the coming 12 months were that inflation would continue to rise Още
DEMOGRAPHIC POLICY
More Bulgarians return home than emigrate
Among Bulgarians returning to their homeland last year the highest percentage are immigrants from Turkey, about 25% Още
BULGARIA IN EU
EU Cohesion policy: EUR 133.4 million for Bulgaria and Sweden to tackle the social and economic impact of the coronavirus crisis
Още