The President of BCCI addressed the 108th International Labour Conference 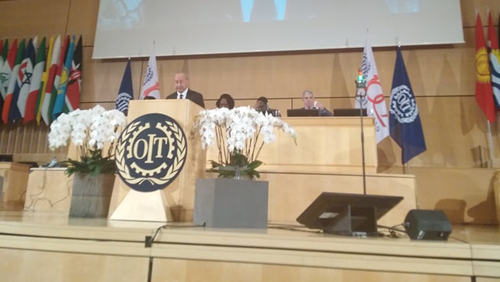 The President of the Bulgarian Chamber of Commerce and Industry Tsvetan Simeonov, as a delegate of the Bulgarian employers at the 108th session of the International Labour Conference (ILC), presented a report on behalf of the Association of the Organizations of Bulgarian Employers (AOBE). In his address, he emphasized the contribution of the International Labour Organization (ILO) to social peace and defined the organization as an institution that successfully adapts to the new labour conditions, quality and intensity of work, maintaining the social partnership.

Simeonov said that Bulgarian employers' organizations consistently uphold the ILO principles, which can be traced back historically. He called for the ratification of a larger number of conventions, not only by the developing but also by the developed countries, in order to ensure an equal burden on all employers and to create conditions for fairer competition in international trade. He emphasized the active role of Bulgaria in the work of the ILO, as well as in the work of the International Labour Conference. “All social partners in Bulgaria are proud that our country is a member of the prestigious club of the countries that have ratified more than 100 ILO conventions”, he added.

Dimitar Manolov, President of the Confederation of Labour “Podkrepa”, as a delegate from the group of Bulgarian trade unions, also presented a report with a vision for the future of labour. 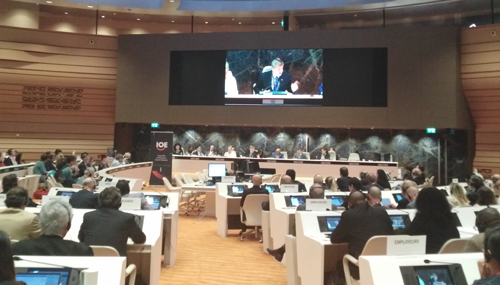