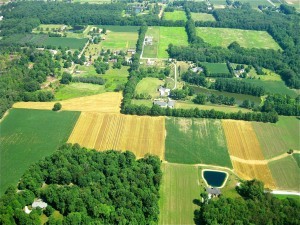 The average rent price per one decar hired/leased agricultural land in 2018 reached BGN 48, which was by 4.3% higher than in 2017. In comparison to the previous year, the increase in the price of arable land was by 6.4%, while in rent price of the permanent grassland no change was observed.

In 2018 the highest price per one decar hired/leased agricultural land was in North-eastern region - BGN 69. An increase of rent payment in comparison to the previous year was observed in all statistical regions except in the South Central region.