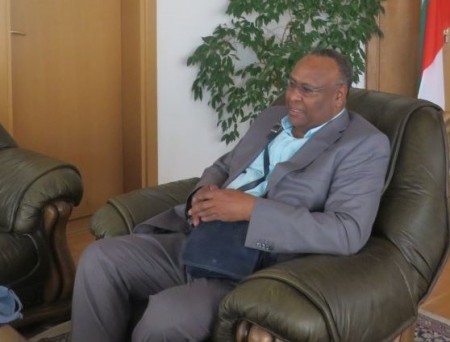 The Honorary Consul of the Federal Democratic Republic of Ethiopia in the Republic of Bulgaria Eng. Seife Bekele W Aregay visited the Bulgarian Chamber of Commerce and Industry and met with President Tsvetan Simeonov.

The purpose of the meeting was to discuss areas of mutual interest to promote cooperation between companies from both countries. Eng. Aregay presented the economy of Ethiopia, emphasizing that the country has been developing rapidly over the past two decades. However, GDP is low at USD 107.6 billion, and the economy still requires a number of reforms. Ethiopia has developed agriculture – producing and exporting coffee, legumes, oilseeds, cereals, potatoes, sugar cane, vegetables and flowers. The country covers about 90% of its electricity needs from hydropower, meaning that electricity production, as well as agriculture, depend on heavy rainfall. Industry and transport are developing.

Tsvetan Simeonov acquainted the guest with the opportunities for cooperation between BCCI and the Ethiopian Chamber of Commerce and Industry. More details will be discussed during an upcoming meeting with the Ambassador of Ethiopia accredited to Bulgaria at the end of April 2022.