Labour Ministry: Close to 1000 Ukrainians who fled war have got jobs in Bulgaria 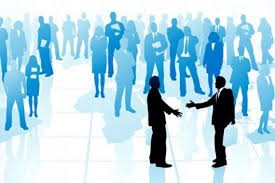 A total of 953 Ukrainian citizens started working under an employment contract in Bulgaria between February 24 and April 7, according to the National Revenue Agency.

During the same period, Employment Agency mobile teams provided consultations to 4100 Ukrainians fleeing the war, informing them about opportunities to access the labour market in Bulgaria, the Ministry of Labour and Social Policy said on April 12.

The ministry said that 1228 Ukrainians had completed a questionnaire about their readiness to start work.

By April 7, a total of 616 employers had sought the mediation of labour offices in the country to hire Ukrainian citizens.

Notice had been given of 4407 vacancies, most in the field of industrial activities, electrical engineering, electronics and automation, chemical technology, food technology, tourism and trade, the ministry said.

From February 24 to April 12, the Social Assistance Directorates throughout the country had issued orders for one-time assistance of up to 375 leva to 3147 Ukrainians who have temporary protection. Payment will start on April 15, the ministry said.

The Bulgarian government portal said on April 12 that since February 24, a total of 171 795 Ukrainians had entered the country and 79 706 remained in Bulgaria.

A total of 51 291 had been accommodated and 60 806 had registered for temporary protection, according to the update posted on the portal.