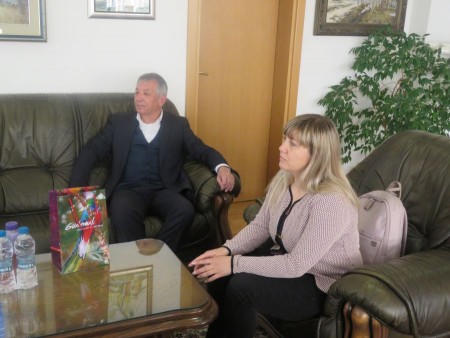 During the meeting, the current state of the bilateral trade and economic relations was discussed. Simeonov discussed with the guests the possibility of organizing a business trip to the Central American region in October 2022.

The Honorary Consul presented new economic data about Guatemala. The country ranks fifth in the world by exports of papaya and watermelon, third in Latin America and eighth in the world by exports of coffee. Guatemala is the world’s largest exporter of cardamom and the world’s fifth largest exporter of sugar. Due to the climate, agriculture is highly developed on its territory. Other well developed sectors are textile industry, food industry and other industries.

The President of BCCI and the Honorary Consul of Guatemala in Bulgaria agreed to study the interest of Bulgarian companies to participate in a business trip to Central America, possibly including Guatemala, Mexico, Nicaragua, and Honduras. The route will be specified together with the diplomatic mission of Bulgaria, accredited for these countries and partner organizations from the respective countries.