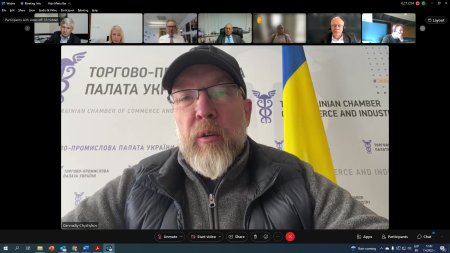 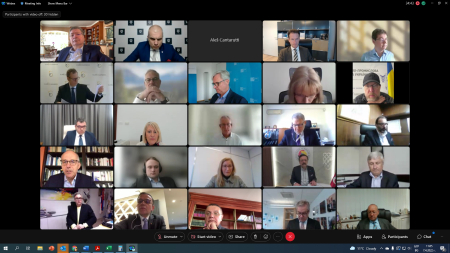 The President of the Bulgarian Chamber of Commerce and Industry Tsvetan Simeonov took part in a meeting of the Board of Directors of the Association of European Chambers of Commerce and Industry EUROCHAMBRES. The Presidents of the chambers of commerce in Europe welcomed to the organization their counterparts from France, Greece and Spain, who have been recently elected to chair the respective national chambers of commerce.

During the meeting, issues related to the new conditions for doing business against the background of hostilities in Ukraine were discussed. The President of the Ukrainian Chamber of Commerce and Industry Gennadiy Chyzhykov clarified the expectations for the economic future of his country. He stressed that despite the enormous difficulties, Ukraine is looking for new markets, partners and transport corridors.

His colleagues from Hungary, Slovakia, Poland, Germany, Ireland, Italy, Turkey, Malta, etc. expressed different positions and offered support, guidance and ideas. EUROCHAMBRES has committed itself to collecting and providing such information through a dedicated internal website for the association and its members.

The meeting discussed EUROCHAMBRES working issues, such as the adoption of the organization’s report for 2021, the current year’s budget, various initiatives and events. BCCI will provide its members with additional information about the Connecting European Chambers forum, which will take place at the end of June and the EUROCHAMBRES Economic Forum, scheduled for the end of October 2022.