Meeting with diplomats from the Embassy of Azerbaijan in Sofia 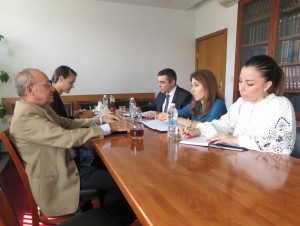 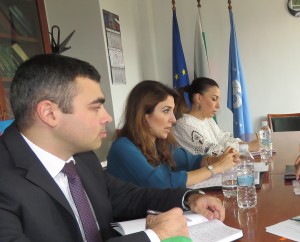 Ambassador Gurbanova shared the idea of organizing an exhibition-bazaar of Bulgarian carpets in Baku, at the National Carpet Museum in March – April 2020. Carpet making has a long history in Azerbaijan, and Bulgaria’s traditions in this area are indisputable. Therefore, the exhibition will seek to find common ground in the customs and traditions of the two countries, as well as to promote cultural and commercial cooperation.

In line with the agreements reached at the last session of the bilateral intergovernmental commission Bulgaria – Azerbaijan, which addressed a wide range of topics, Tsvetan Simeonov and Ambassador Gurbanova discussed the possibility of enhancing business cooperation and trade of specific products:

The President of BCCI and his guests discussed the organization of an event to present the opportunities for cooperation in the field of agriculture, possibly in the period May – June 2020. Transport connectivity, energy and innovations were also discussed as possible future joint initiatives.