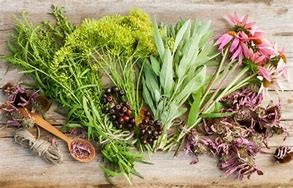 For the ninth consecutive year, Bulgaria ranks first among EU countries in the production of herbs and spices. According to Eurostat, in 2018, just over 71,000 tonnes of aromatic and medicinal plants and spices were grown in the country.

Bulgaria has almost twice bigger production than the second largest producer of herbs in the EU - Poland, where 39 thousand tonnes were extracted. Spain ranks third with 32,000 tonnes.

Bulgaria continues to be one of the largest producers of sunflower seeds. The country ranks second with nearly 2 million tonnes and ahead of Hungary with around 100,000 tonnes. First in the ranking is Romania with over 3 million tonnes.

Bulgaria ranks fourth in sweet cherry cultivation. The harvest of the fruit is 55 thousand tonnes, with only Spain, Greece and Poland ahead of the country.

Bulgaria is also at the forefront of tobacco, alfalfa and watermelon production.