The Bulgarian business in support of the humanitarian efforts, livelihood and economic stability of Ukraine 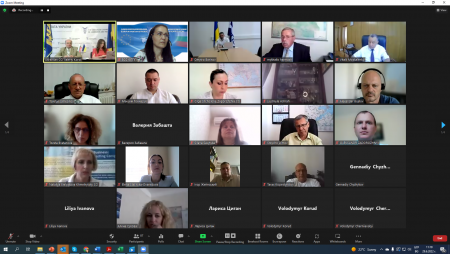 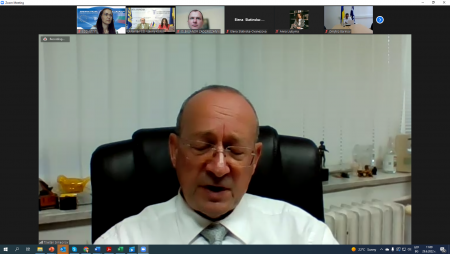 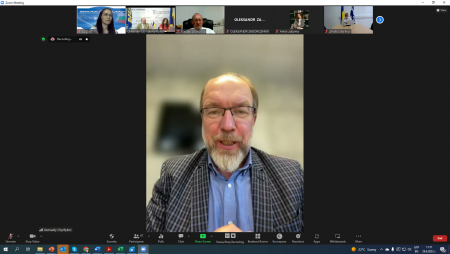 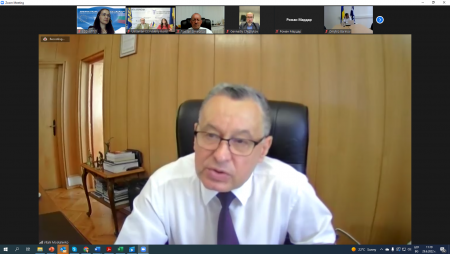 The President of BCCI Mr. Tsvetan Simeonov reaffirmed the willingness of the Bulgarian companies to provide support for the realization of the available Ukrainian agricultural production. He stated that third countries are in a state of readiness to import wheat, sunflower and other products.

The President of the Ukrainian Chamber Gennadiy Chyzhykov welcomed the participants in the virtual meeting and announced that the excellent, practical and generous relations with the CCI of Bulgaria are the basis for restoring the trade and economic relations between the two countries, interrupted by the war. He expressed gratitude for the support that the Bulgarian people provided in this difficult time for Ukraine. Contribution is also provided by other European countries, such as Romania, Latvia, Poland, Estonia, and there is a willingness for a closer logistical cooperation in order to transport and sell raw materials and goods produced in Ukraine. This naturally follows the market principles of mutual benefit, realization of economic activities on third markets, construction of transport connections and logistics centers, etc.

The event was supported by HE Vitaly Moskalenko, Ambassador of Ukraine to Bulgaria, who noted that the international trade is the basis of the economic development, and the logistics sector is the driving force. He informed that 13 ports in Ukraine could not be used due to the damages caused by the war. Forty five percent of the country's export are unrealized. Transportation is carried out by several ports, including Izmail and Reni. A bilateral commission is working to resolve transport issues.

The good news is that a "visa-free" regime between the EU and Ukraine is being introduced.

An agreement on the liberalization of the land transport is also signed. The agreement removes the bureaucratic obstacles related to the transport of goods between Ukraine and EU. From now on, Ukrainian carriers will not need to obtain special permits for entry, transit and transport of goods to EU member states. In addition, the frequency of border crossings by carriers is no longer limited – in the past the EU authorities issued only a certain number of entry permits. The agreement will be valid for one year and does not provide any additional conditions for the stay of trucks in EU.

The visa-free transport, together with the abolition of customs duties and tariffs on Ukrainian goods in EU, provides unprecedented opportunities for Ukrainian business and exports to European markets. This is the third "visa-free" between Ukraine and the EU in the last year after the aviation and energy agreements.

Ambassador Moskalenko also mentioned a charity initiative to raise funds for defense and demining activities, humanitarian aid and reconstruction of the country. More information about the initiative at https://u24.gov.ua/.

Elena Slatinska-Ovanesova, Deputy Head of Mission of the Bulgarian Embassy in Ukraine, also attended the meeting and reaffirmed that deepening the co-operation in the field of the transport and logistics is becoming increasingly important because of the war and due to the country's application for accession in EU.

A representative of the Ukrainian Sea Ports Administration explained what is the current state of port infrastructure in the country. The commercial director of the transport company Ukrferry - Vladimir Chernievsky, presented the possible transport lines, possible connection through a Georgian port, as well as the existing problems - lack of connection with other transport to take the goods transported by sea, the large influx of cargo at key border points in the region, etc.

Detailed presentations on the capabilities and capacity of the Bulgarian ports - the Port of Varna, the Port of Bourgas and the Port Terminal Ruse-East, were prepared by experts.

After the presentations, many questions were asked about transport connectivity and logistics between the two countries in time of crisis. Useful contacts were established between the representatives of Bulgarian ports, Ukrainian logistic institutions, companies from the sector and representatives of the national and regional chambers of commerce and industry.

The Bulgarian-Ukrainian Chamber of Industry and the Ukrainian-Bulgarian Chamber of Commerce and Industry also promised willingness for provision of support to the companies from both countries.