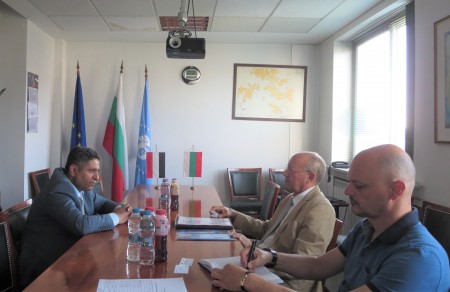 Ahmed Mohamed Ali Shammer, Chargé d’Affaires en pied of the Embassy of the Republic of Yemen, visited BCCI and spoke with the Chamber’s President Tsvetan Simeonov.

The diplomat presented the difficult situation with food in the country and the disrupted supplies of wheat due to the ongoing war in Ukraine. Before the conflict, Yemen covered more than 50% of its domestic market needs with imports from Ukraine.

A truce has begun in the country for about four months after more than eight years of civil war, and the situation is calm, Ali Shammer said. The country exports high quality agricultural products such as mango, grapes, papaya, etc. There is interest in importing processing machines for the food industry. The country also needs a complete reconstruction of its infrastructure and power grid, which were destroyed during the war.

It was agreed to hold an online information event on business opportunities in Yemen, as well as an exhibition of Yemeni goods later in the year. BCCI, the Embassy of Yemen in Sofia and experts from Yemen will join forces to organize the two events. The Chamber will further inform its members about the exact period of their holding.