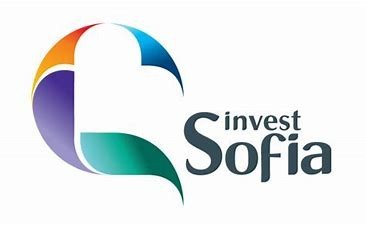 Sofia became Southeast Europe’s Smart City of the year at the ceremony of SEE INNOVATION, TECHNOLOGY AND SOURCING SUMMIT – the biggest tech event in the region. Sofia Deputy Mayor for Digitalization, Innovation and Economic Development Gencho Kerezov accepted the award on behalf of Sofia Municipality. The forum, organized by the Association for Innovation, Business Excellence, Services and Technology (AIBEST), the Bulgarian Startup Association (BESCO), the Ministry of E-Government and Sofia Municipality in partnership with Invest Sofia, was held in early June and aimed to support the development of the business ecosystem in Southeast Europe and to position the region as a leading destination for high value-added services in the world. Business leaders of leading technology companies and startups in Bulgaria and Southeast Europe attended the event, and discussed trends and forecasts for the development of the business services industry and the technology sector. The necessary transformations that need to take place in the region for the knowledge economy in Southeast Europe to grow at an even faster pace and to be a competitive player on the world map were also set.

Sofia University climbed 30 places and ranked among 40% of the best universities in the world ranking of universities QS World University Rankings for 2023, the academic institution stated. The university ranks 561-570 among 1 422 admitted institutions out of 2 462 applications. The evaluation is based on eight criteria: academic reputation, reputation among employers, students and faculty ratio, number of citations per faculty, number of foreign students, number of foreign lecturers, professional fulfillment of graduates, and participation of the institution in international research networks. According to the ranking, the highest success of Sofia University is the professional fulfillment of graduates indicator. Alma Mater is the only Bulgarian university that finds a place in the rankings.

Sofia residents will be able to watch Bulgarian and international short films for free in several places in Sofia during the summer season. The screenings are provided by the team of Kinematograf.bg, and the programme includes both classic and unscreened titles. The screenings are free and will be broadcast at the following locations: Studentski Park, the parks in Mladost 2, 3 and 4, North Park, Goethe Institute, and the yard of 127 SU. The programme is published on the website kinematograf.bg/programa, where you can also register for notifications of changed dates in case of inappropriate weather conditions.

Last year, the number of tourists in Sofia gradually began to recover. In the summer months of 2021, our capital city was visited by nearly 150,000 people per month, Sofia Municipality says. According to the data, nearly 600,000 tourists spent the night on the territory of Sofia, which is an increase of 44% compared to 2020, when they were just under 420,000. In terms of the number of tourists, the leading foreign markets in 2021 are Germany, the United States, Italy, Romania, France, Israel and Turkey. The total number of overnight stays in 2021 amounted to just over 1.3 million, which is an increase of 50% compared to the previous 2020, when they were approximately 900,000.