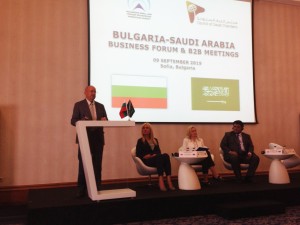 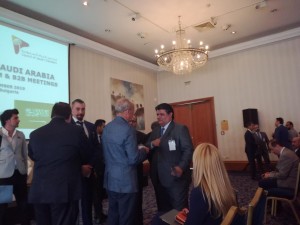 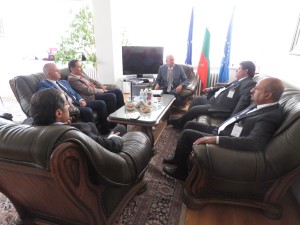 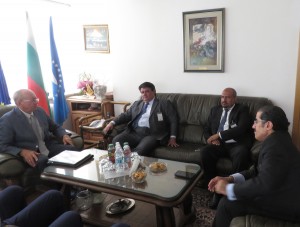 The President of BCCI Tsvetan Simeonov participated in the Opening of the Bulgarian-Saudi Business Forum. He added: “Our relations with Saudi Arabia have great potential that has not yet been used”. BCCI and the Council of the Saudi Chambers work actively since 2010. The bilateral business interests are in the following sectors: information technology, tourism, renewable energy sources, agriculture, construction, health care, insurance, law services, construction, food industry and more.

Simeonov highlighted the extremely successful visit of the Prime Minister of the Republic of Bulgaria to the Kingdom of Saudi Arabia, together with a business delegation in 2017 and the perfect organization made by the BCCI’s partner - the Union of Saudi Chambers, together with the numerous meetings and successful talks. We have proved that Bulgaria is one of the best places for investment in EU. Simeonov emphasized: “We offer favorable conditions for investors”.

The forum, organized by the Executive Agency for Promotion of Small and Medium-Sized Enterprises, aims to create stable business contacts between the two countries, said Lilia Ivanova, Deputy Minister of Economy at the opening of the event. She informed that a joint venture promotion and protection agreement was being worked out between Bulgaria and Saudi Arabia. The institutionalization of a joint intergovernmental commission is also being finalized. According to the Ministry of Economy, the growth of the Bulgarian export to Saudi Arabia for the first half of this year is over 60%.

The President of the Council of the Saudi Chambers, Dr. Sami  Al-Abidi, expressed appreciation for the efforts related to the promotion of the economic and business cooperation between the two countries. The Kingdom of Saudi Arabia is also willing to participate in investment cooperation. Bulgaria's geographical position puts it in a favorable position to attract Saudi investments, he said.

The President of the Council of the Saudi Chambers visited BCCI, together with representatives of several regional chambers of commerce from the Arab state, and got acquainted with the Chamber’s achievements pertaining to the Bulgarian and the foreign companies’ quality service.