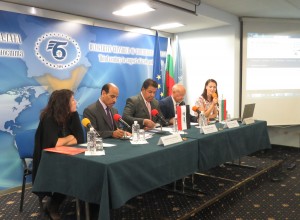 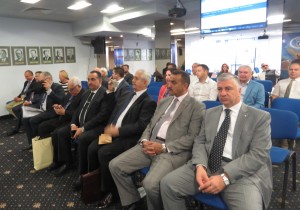 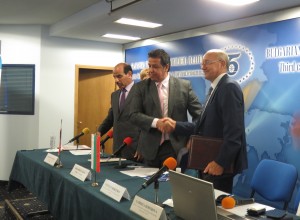 During a specially organized business forum at BCCI on the occasion of a visit of a business delegation from the Republic of Iraq in Sofia, a Memorandum of Understanding was signed, which makes provision for the renewal and enhancement of the cooperation between the chambers of commerce of both countries in order to facilitate business interaction.

The President of BCCI Tsvetan Simeonov opened the forum and reaffirmed the Chamber's willingness to expand the relations with Iraqi partners that have good history and a number of excellent examples of joint business initiatives.

The forum was supported by the Head of the Bulgarian Commercial and Economic Section in Iraq, Vasil Vasilev, as well as the Embassy of the Republic of Iraq in Sofia. In his welcome speech, the Head of the Embassy Jassim Nima Msawil supported the initiative of both chambers to strengthen their relations.

The participants in the event received up-to-date information from the Bulgarian Investment Agency about the country's economic and investment climate, as well as information about specific projects in Iraq that seek investors in areas such as agriculture, renewable energy, healthcare, tourism, telecommunications and ICT, oil and gas industry, education.

During its visit to Bulgaria, the Iraqi delegation held a series of meetings with the National Company Industrial Zones, the Ministry of Economy and particular companies and enterprises.