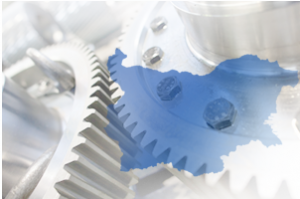 Moody’s Investors Service has changed the outlook on Bulgaria’s ratings to positive from stable and has affirmed Bulgaria’s long-term issuer in foreign and local currency at Baa2.

The Agency highlights on the country’s strengthening fiscal profile and consistently prudent policy stance. Over the last years, Bulgaria has shown growing budgetary surpluses, steady progress in debt reduction, improved debt affordability, sizable fiscal reserve and positive contribution of the pension reform to fiscal sustainability. Moody’s expects in 2020 headline fiscal balance to remain in surplus (0.8% of GDP), while public debt to continue its downward trend and reach 19% of GDP.

According to Moody’s Bulgaria’s robust growth prospects are underpinned by ongoing EU integration and increased competitiveness. Since 2015 the economic growth expands above 3% per year and the agency expects positive developments to continue in coming years and to hover around the potential. Economic growth will also be supported by some important infrastructure projects, such as the Hemus and Struma motorways and the Sofia-Plovdiv railway line, and higher EU funds absorption rates. The increased competitiveness has been supported by the rising export market shares and current account surpluses reflecting the structural improvements in the economy since the crisis.

Moody’s expects the simultaneous ERM II and SSM accession to support sound macroeconomic policies and a further strengthening of institutions. The action plan to join the ERM II and SSM as well as the efforts to deepen Bulgaria’s cooperation with the OECD is also expected to promote the adoption of additional reforms in the areas of corporate governance, budget planning and public administration efficiency.

The rating could be upgraded if positive economic and fiscal trends have been sustained. Further progress with respect to the government’s reform agenda (education, healthcare, state-owned enterprises) and towards euro-area accession and SSM membership would also be credit positive.

You can read the full press release here.