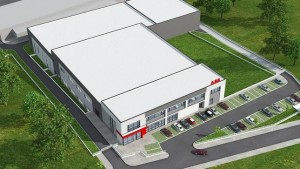 The industrial giant ABB opens its newest plant in Bulgaria on September 17th. The new facility is the company's second investment in Petrich and the fifth manufacturing facility in the country, Automotive Cluster Bulgaria reports.

In the factory, located on 7400 sq.m. area, low voltage products will be manufactured and delivered to the company’s plants in Germany and Switzerland. The investment is worth about BGN 7 million. The facility, which is located next to the city's first base, will employ 420 people when full speed starts.

ABB also has two plants in Rakovski and a production unit in Sevlievo. ABB has a development centre for step-up regulators for transformers in Sofia.