BCCI took part in the 125th Plenary Assembly of EUROCHAMBRES 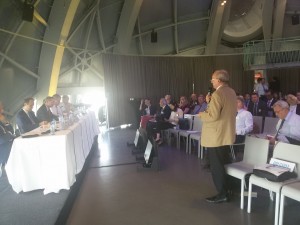 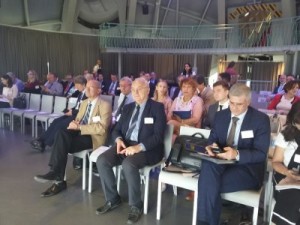 The participants in the meeting were addressed by the President of the European Parliament Antonio Tajani: “I have always worked very well with @EUROCHAMBRES, the voice of enterprise. Without SMEs, we cannot create jobs and give young people prospects. You play a crucial role in helping companies to internationalise and improve the business environment.”

EUROCHAMBRES President, Chrisoph Leitl, emphasised the central role of the Single Market in delivering such an agenda: “We need to work together if the EU is to punch above its weight in steering the international response to major global challenges. Chambers consider that the Single Market is vital to European cooperation, competitiveness, stability and international influence. It has the potential to be the EU’s super power, but it needs reinforcement. More must be done to ensure that the four freedoms are not just a political aim, but deliver perceptible benefits to our entrepreneurs and citizens.”

Tsvetan Simeonov touched upon specific issues concerning the work of EUROCHAMBRES, stressing that better coordination between the members and the Secretariat is needed to utilize the full capacity of the 43 chambers of commerce and industry, united in the Association, in order to collect opinions of the business and express positions before the European institutions. According to Simeonov, EUROCHAMBRES’ position paper on the positive and negative policies of the 2014-19 EU term – “The Good, the Bad and the Ugly” is extremely valuable for the work of the chambers of commerce and the business. Now, it is even more important that the document is brought to the attention of all Members of the European Parliament so that they are aware that EUROCHAMBRES and the national CCIs insist that the opinion of the business is taken into account and the interests of companies are protected.

Simeonov stressed that digitalization is of key importance both for the European economy and the future of business associations. The traditional chamber of commerce and industry will significantly change, with its main goal being to become a source of reliable information about companies, their products and services, as opposed to being an intermediary in the relations between companies. Electronic platforms, applications and other information technology products will take care of this for easy and quick establishment of direct contacts between businesses.

At the Plenary Assembly, Chambers called on EU leaders to build on the increased level of voter turnout by adopting an ambitious, realistic Strategic Agenda to respond to such major international challenges.