Road transport with Montenegro is liberalized 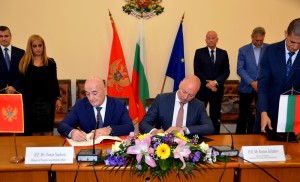 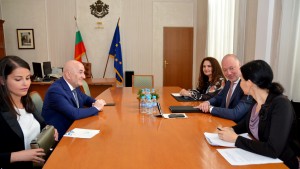 International road transport between Bulgaria and Montenegro is being liberalized. This was announced by the Minister of Transport, Information Technology and Communications, Rosen Jeliazkov, after signing a treaty with the Montenegrin Minister of Transport and Maritime Affairs Osman Nurkovic. The document is the first in the field of transport between the two countries, the Bulgarian Minister added.

"With the agreement, the permits regime for bilateral and transit transport is removed. The agreement regulates the terms and conditions for bus transport and the opening of regular services," said Minister Rosen Jeliazkov. In his words, this step will provide the necessary basis for improving the efficiency of transport and increasing the flow of tourism.

"The accession of the Western Balkans to the EU was a priority during the Bulgarian Presidency of the Council of the EU. It is a policy of integration on the Balkan Peninsula, for a safer Europe, a better connected Europe in order to ease the free movement of goods," said Minister Rosen Jeliazkov. He congratulated his colleague on the progress in Montenegro's EU accession talks.

On his behalf, Minister Osman Nurkovic said that the agreement would have great impact on an important industry sector, such as the international passenger and cargo transport. He stressed that this agreement is extremely important as it will overcome a number of barriers that have existed so far. Minister Osman Nurkovic reaffirmed that intensive relations between the two countries will continue in other areas of transport as well.