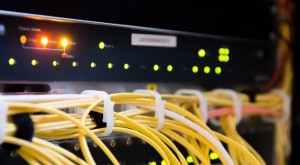 The fact that Bulgaria is part of the 8 countries where the new supercomputer will be installed is recognition that the country has specialists, Deputy Director of the Institute of Information and Communication Technologies (IICT) at the Bulgarian Academy of Sciences (BAS) Assoc. Prof. Todor Gyurov told Focus Radio.

He said the supercomputer has great processing power and performs its operations in a very short time. In his words, this makes it applicable in many areas. "Currently, the Avitohol supercomputer at the IICT-BAS runs an application that calculates particulate matter pollution in Sofia and is funded by Sofia Municipality. The supercomputer has over 38 or 40 servers that work at night to produce results in the morning and ensure predictability of pollution. The time when the results are ready is very important in order to respond to a potential pollution," he explained.

Every lev invested in science and education will bring value not only to these areas but also to businesses which would benefit from supercomputing, Assoc. Prof. Gyurov said. He further said that a number of programmes at European level are now encouraging small and medium-sized enterprises to take advantage of the high performance of existing supercomputers. At present, 11 national scientific programmes have been approved by the Council of Ministers and are implemented by different teams.