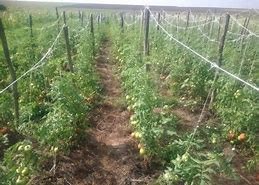 Agriculture Fund transferred nearly BGN 9 mln (BGN 8 923 520) under measure 11 "Organic farming" from the RDP 2014-2020, announced the Agriculture Fund. Payment was received by 964 farmers with approved applications under the heading "Organic plant production", "Biological beekeeping", "Organic livestock", as well as those who have stated more than one of the above mentioned directions of measure 11 "Organic farming" of the RDP 2014-2020 for Campaign 2018.

The rates for authorizing subsidies are regulated in Ordinance No 4 of 24 February 2015 on the implementation of measure 11 "Organic farming" of the RDP 2014-2020.

Assistance under the measure is in the form of an annual compensation payment for farmers who voluntarily carry out biological activities.

75% of the funds are provided by the European Agricultural Fund for Rural Development (EAFRD) and the remaining 25% are from the national budget.