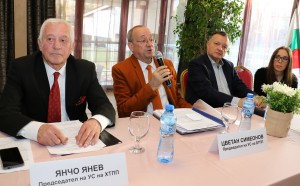 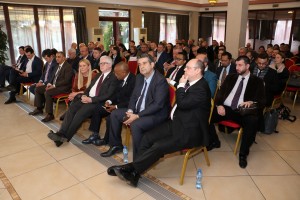 Official guests of the forum were representatives of the diplomatic missions to Bulgaria: the Ambassadors of Bosnia and Herzegovina, Greece, Ireland, Kazakhstan, Cyprus, China, Palestine, Slovakia, South Africa, and the Counsellors at the Embassies of Belarus, Indonesia, Spain, China, the Russian Federation, Serbia, as well as the Commercial Attaché of the Republic of Turkey in Plovdiv.

Bulgaria’s diplomatic missions abroad were represented by the General Consul of the Republic of Bulgaria in Istanbul – Angel Angelov, and the Bulgarian Consul in Edirne – Atanas Dimov. Representatives of the Babaeski Chamber of Commerce and Industry, Turkey and the Uzunkopru Chamber of Commerce and Industry, Turkey also attended the meeting, together with the presidents of 15 Bulgarian regional chambers of commerce and industry, and around 60 representatives of the Bulgarian business.

In an informal setting, the representatives of Bulgarian companies and organizations had the opportunity to speak with the diplomats, ask questions and receive information on the conduct of their foreign trade activities. The meeting continued with a wine and food tasting exhibition.

The following day, the participants were guests of the Municipality of Stambolovo, Haskovo Region and attended a traditional vine-pruning and blessing ritual. The diplomats and all guests enjoyed a folklore programme and tasting of local wines and foods. 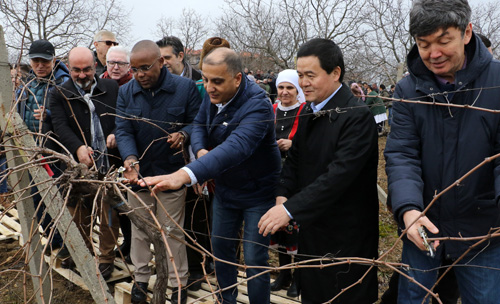